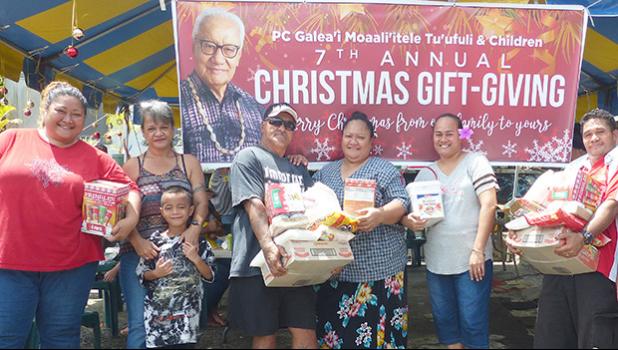 Some of the lucky people, who received gifts from the Paramount Chief Galea’i Moaali’itele Tu’ufuli & Children's 7th Annual Christmas Gift-Giving on Christmas Day, Dec. 25, at the Galea'i family compound in Fagatogo.  Although the late senator passed away in October this year, his children decided to continue their father’s tradition of giving and helping others during Christmas, especially children in the village and nearby families. The event began with a prayer service. [photo: Leua Aiono Frost]