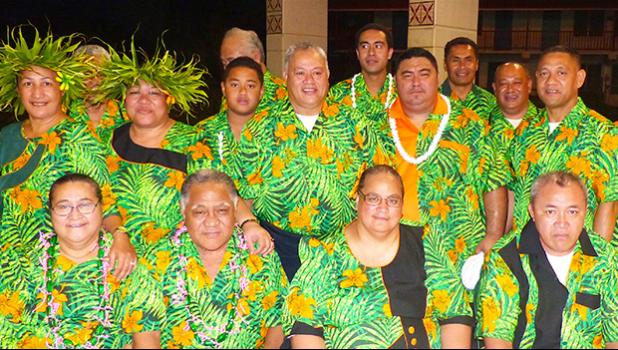 Delegates, including church ministers, representing parishes in New Zealand of the Congregational Christian Church of American Samoa (CCCAS) on Wednesday night at the CCCAS compound at Kanana Fou, as part of the  weeklong events of the 32nd Fono Tele Conference that began on Monday. The CCCAS Conference is held every 2 years, and this year brings together more than 600 participants. [photo: Leua Aiono Frost]