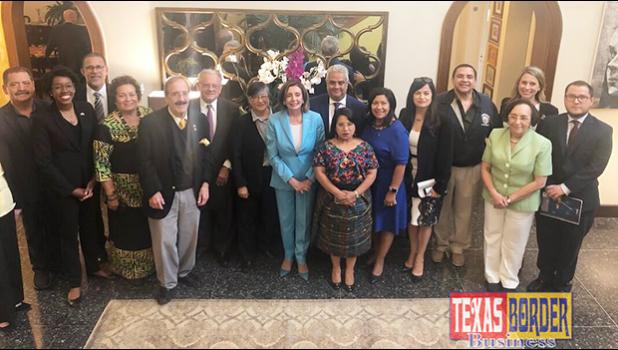 GUATEMALA CITY (AP) - The speaker of the U.S. House, Nancy Pelosi, arrived in Guatemala with a congressional delegation Thursday, starting a Central American trip that seeks to explore the causes of immigration amid a crisis of migrants on the southern U.S. border.

Del. Aumua Amata Coleman Radewagen of American Samoa is the only Republican in the 13-member delegation.

After meeting with government, church and non-governmental groups in Guatemala, the delegation will continue on to Honduras and El Salvador, as well as visiting migrant detention facilities in McAllen, Texas.