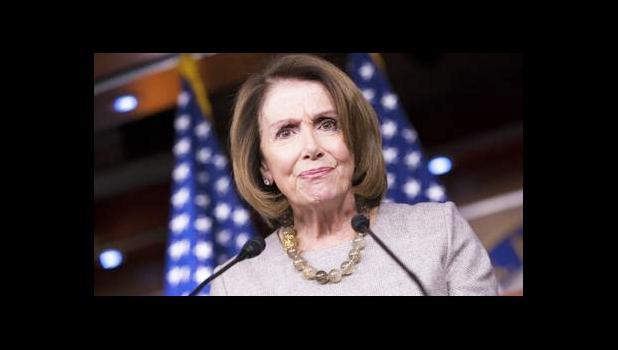 NOT REAL: Trump Jr.: "My Russian Meetings Prove I'm A Real American That Knows How To Create Opportunities And Fake Advantages"

THE FACTS: Hoax site politicot.com published a lengthy defense attributed to Donald Trump Jr. of his meeting with a Russian lawyer last summer during the campaign against Hillary Clinton, featuring a screen grab of the president's son speaking on Fox News. Trump never made the remarks, with quotes like "our people value results above all else" and "the end justifies the means," in public statements. In his Fox interview this week, the president's eldest son called the meeting routine opposition research, but added he "probably would have done things a little differently."

NOT REAL: Nancy Pelosi Taken From Her Home By DEA After Her Own Daughters Sold Her Out

THE FACTS: A series of stories from several sites claim House Minority Leader Nancy Pelosi is embroiled in a drug scandal after daughters were caught with cocaine in Berkeley, California, or the Mexican border. The names of the daughters in the stories vary, but none of them are the names of Pelosi's actual daughters, Christine, Alexandra, Jacqueline and Nancy. A search of the federal court system reveals no pending drug cases against anyone named Pelosi.

NOT REAL: Rapper Lil Wayne Makes A Shocking Announcement, He Is Left With Just A Month To Live

THE FACTS: The story from huntingforusa.com claims Lil' Wayne held a news conference in Atlanta to announce that he has stage 4 skin cancer brought on by his numerous tattoos. Wayne never held such a news conference and it appears the hoax has been circulating online for more than a year. According to the Skin Cancer Foundation , doctors have never found an increased prevalence of skin cancer in people with tattoos.

NOT REAL: Muslim Figure: "We must have Pork-Free Menus Or We Will Leave U.S."

THE FACTS: This headline leads multiple sites' stories featuring photographs of different women, all unnamed, wearing head coverings traditionally worn by Muslims. The piece never mentions the Muslim figure again or the claim. Instead, it recounts a mayor's effort to ban school menus that exclude pork, a meat that is forbidden under Islamic dietary law, and presented President Donald Trump's travel ban visitors from several Muslim-majority nations as "an ideal solution." The mayor named in the piece is from France, not the U.S., and the controversy in France is in no way connected to the U.S. travel ban.

NOT REAL: Dead Body Of Homeless Man Turns Out To Be The Legendary Elvis Presley

THE FACTS: This story from Now8News, an admitted hoax site, resurrects an old claim by Elvis conspiracy theorists that the King didn't actually die and instead entered the "witness protection program." The theory was the basis for a now-shuttered facility in Missouri called The Elvis Is Alive Museum. Elvis Presley was buried at Graceland, his Memphis, Tennessee, home following his death in 1977.