Mormons tune in to hear guidance from top leaders 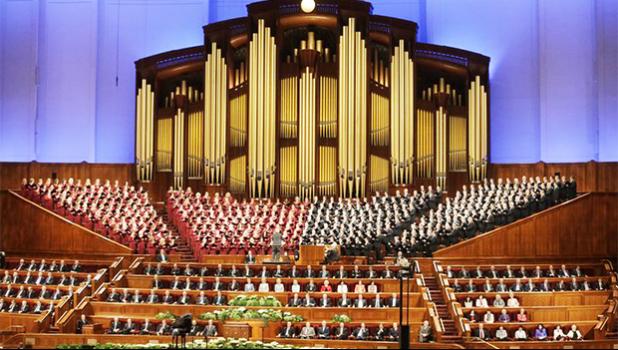 SALT LAKE CITY (AP) — Mormons around the world will tune in Saturday to hear guidance from the religion’s top leaders during a twice-yearly conference in Utah.

For the first time in more than a half-century, they won’t hear from Thomas S. Monson, The Church of Jesus Christ of Latter-day Saints’ president since 2008. At 90 years old, Monson will be absent from the conference because of his health.

Monson has given speeches at every conference since 1963, when he became the youngest member ever of a top governing body called Quorum of the Twelve Apostles. He is considered a prophet, seer and revelator.

Presidents of The Church of Jesus Christ of Latter-day Saints serve until they die.

Also missing will be 85-year-old Robert D. Hales, another top leader who was hospitalized in recent days. Hales has been a member of the Quorum of the Twelve Apostles since 1994.

In addition to speeches aimed at giving the religion’s nearly 16 million members worldwide direction on how to practice their faith, church leaders sometimes announce new initiatives or key rule changes.

During the October 2012 conference, for instance, leaders surprised everyone by announcing the minimum age for missionaries was being lowered.

Speech topics are kept carefully under wraps until the conference begins. But church leaders may continue a recent push urging members to stand up for their beliefs while not judging or offending people who hold different opinions, no matter how turbulent the current political climate becomes.

At last weekend’s women’s conference, top leader Dieter F. Uchtdorf echoed recent guidance from the church by encouraging Mormons to stand for what they believe without judging the opposition.

Monson will be the first church president since 1994 not to attend and make at least one speech, according to the church-owned Deseret News.

Before that, it was fairly common for church presidents to miss conferences toward the end of their lives.