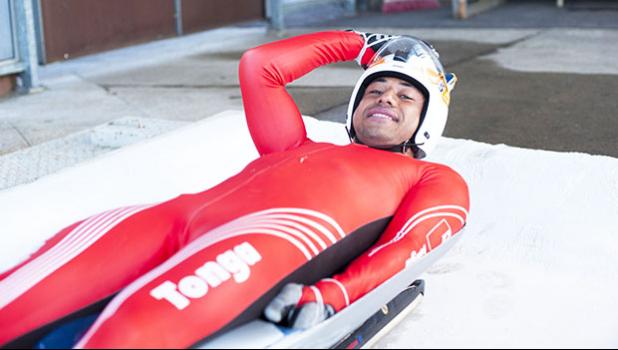 Pago Pago, AMERICAN SAMOA — In keeping with the component of its mission which promotes awareness of both Samoa and the wider Pacific region, the American Samoa Community College (ASCC) will once again host the “Deep Waters” film festival presented by Pacific Islanders in Communication (PIC), a Honolulu-based, non-profit media arts organization whose mission is “to support, advance, and develop Pacific Island media content and talent that results in a deeper understanding of Pacific Island history, culture, and contemporary challenges.” This year’s “Deep Waters” festival will take place on Thursday, October 18, from 12:30 to 2 p.m. in the Auditorium of the ASCC Multi-Purpose Center. Admission is free and the public is welcome.

"In the years since we've been presenting our Deep Waters film festivals at ASCC, filmmaking among Pacific Islanders has grown in leaps and bounds," said PIC Executive Director Leanne Ferrer. "A number of feature films, documentaries and short films by and about Pacific Islanders have premiered. We know that many of these films are not easily accessible to the people of American Samoa, so our 'Deep Waters' festival is a way of sharing with the community some of the exciting work being done by these independent Pacific filmmakers. it is my hope that it will spur interest with the media makers here to film their own stories."

The film lineup consists of one full-length feature accompanied by three shorter pieces. “Being Bruno Banani” (90 mins.) tells the unique story of the first and only Tongan luger who managed to qualify in an amazingly short amount of time for the 2014 Winter Olympic Games in Sochi, Russia. “Crossing Spaces” (17 mins.) is a series of three documentary shorts profiling  Micronesian women in Honolulu as they grapple with the challenges of higher education and work to enact meaningful change for their families and communities.

“I Am Because You Are” (15 mins.) tells the story of Kaiea, a twelve-year-old on Maui, who learns his grandfather is suffering from Alzheimer’s. Kaiea becomes desperate to build a machine capable of recording and storing his grandfather’s memories before it’s too late. The final feature, “Maria” (14 mins.) focuses on the matriarch of a large Polynesian family who lies bedridden and silent, unable or unwilling to speak after a long illness. When a family crisis strikes, Nan Maria gets unexpected help as she struggles to reunite her fractured family.

For many years, ASCC artist Meredith-Fitiao served as the American Samoa representative to the PIC Board. This year’s “Deep Waters” festival marks the first for her successor, Tialuga Vincent Iuli, Deputy Director of KVZK TV. In addition to Tialuga, another new member of the PIC Board is Tony Meredith, the brother of Meredith-Fitiao, who spent his youth in American Samoa and is now the Artistic Dance Director of Danceville USA in Columbus, Ohio. “I give my full support to Tialuga and Tony,” said Meredith-Fitiao. “As our on-island and off-island Board members, I think they have the capacity to move American Samoa forward with PIC and continue to develop a repertoire of people who will want to tell our stories with film.”

Mrs. Meredith-Fitiao will continue in the capacity of ASCC liaison to the festival, and anyone seeking more information on the event can contact her by email at: r.meredith@amsamoa.edu.  PIC is a member of the National Minority Consortia (NMC), which collectively addresses the need for programming that reflects America's growing ethnic and cultural diversity, and has provided hundreds of hours of culturally-diverse programs to the Public Broadcasting System. Primary funding for PIC and the NMC is provided through an annual grant from the Corporation for Public Broadcasting (CPB). For more information on Pacific Islanders in Communications, visit their website at: www.piccom.org.