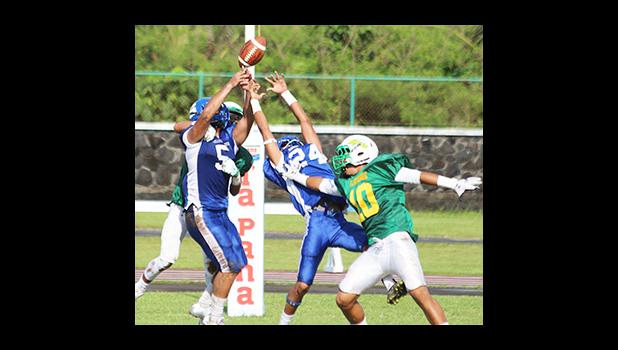 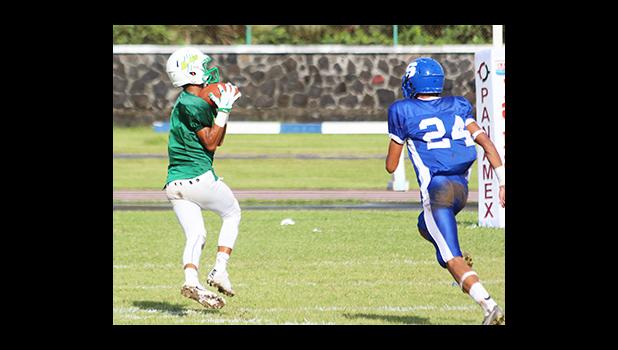 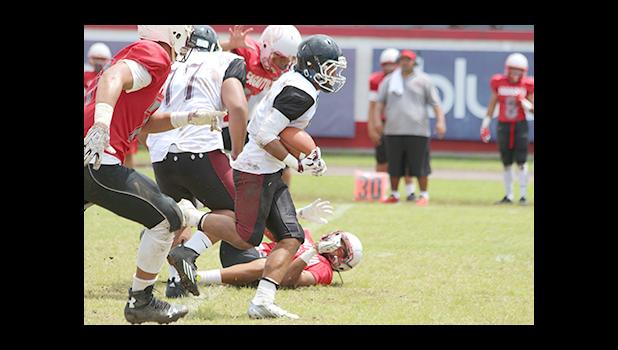 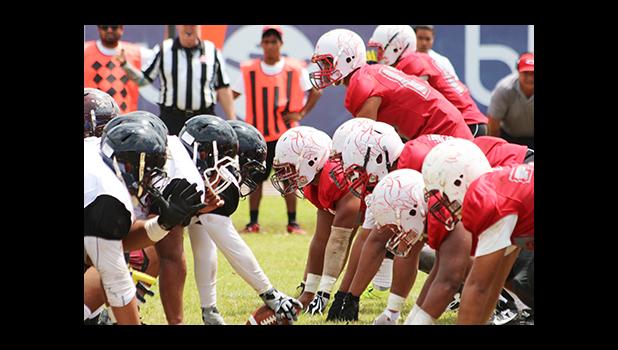 This past weekend, the American Samoa High School Athletic Association (ASHSAA) hosted week 3 of football action for the 2016-17 season, “Rivalry Weekend”, where the Lions faced the Sharks for the first time this year in their ‘Clash of the Titans’ rivalry game, and the Vikings and Warriors in their ‘Battle of the Toa’s’ rivalry showdown. Both concluded in favor of both west side teams.

The first game of the double header showdown opened up with the Sharks and Lions varsity match up, where the Lions devoured the Sharks in a 28- 7 victory, Leone’s third win of the season so far – with Samoana still trying to collect their first victory for the season.

For the Battle of the Toa’s showdown, the Warriors weren’t showing too much in their match against the Vikings, as they were stuck to the wildcat formation, and stuck with the quarterback option play that helped them take a 12 - 0 comfortable lead in the beginning of the game. Vikings picked up the pace towards the second half of the game, but it wasn’t enough to win their first victory of the season, as this one concluded in favor of the Warriors 28 - 16.

In the first half of the game, Leone quickly moved downfield with a couple of passing receptions out to Ali’itoa Langkilde, who was double covered leaving Ta’ani wide open for the opening touchdown catch of the game with just 8:12 into the opening quarter of the game.

Not too long after that, Leone’s kick off to the Sharks was received and returned by Samia of the Sharks, all the way back to the end zone for a 91-yard touchdown return. Their PAT field goal conversion by Elliot Lelei was good enough to bring them back to lead the game by a point.

The biggest game changer was the effectiveness of underclassmen wide receiver Ali’itoa Langkilde, who is only a sophomore – but caught two touchdowns, passes that both ended in the end zone for touchdowns, leading Leone to their third victory of the season.

The Warriors and Vikings match up started with the Warriors scoring three touchdown attempts – that were all called back for holding penalties, as Tafuna emphasized the running game with a quarterback option play when they frustrated Faga’itua in the majority of the first half of the match.

Then, in the second half, the Vikings adjusted to Tafuna’s unrevealing offensive set up, that stuck with the same play over and over again — with Vikings Vito Kitiona and Jeffrey Ulu bringing the Vikings back to take the lead 14- 16 in the third quarter of the game.

But Gilboy Papali’i and Andrew Toilolo stuck it out there to bring the Warriors back to taking the lead 22- 16.

A pick six by way of Niles Tuamoheloa closed the case for this one, when Tuamoheloa intercepted a pass by Kitiona, and took it all the way back to the end zone for a touchdown within the closing minutes of the game on the line, as the Warriors were comfortably up 28 - 16.