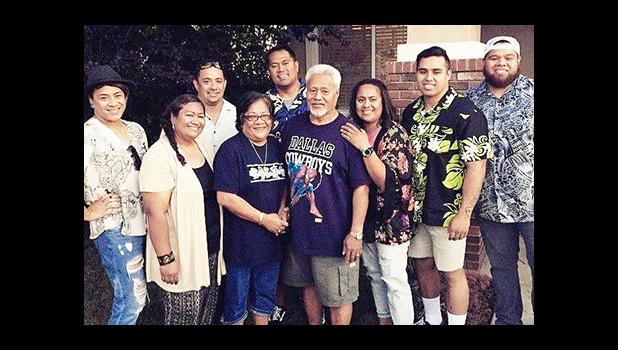 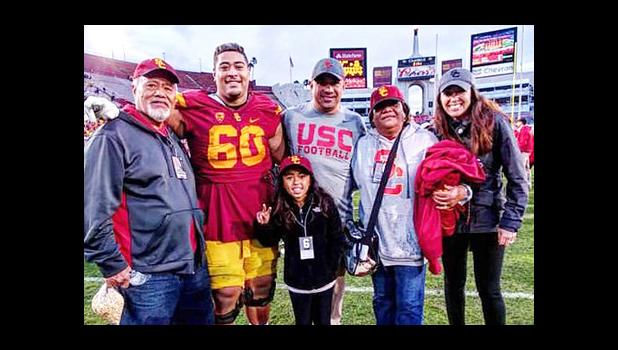 Those who watched him grow up knew from the get-go that Johnny Nansen was destined for great things.

The young boy who was born in Apia, Samoa and spent his early childhood years in Laulii, American Samoa, left the territory in the early 1980s but never forgot where he came from.

Nansen was raised by his grandparents Avoki and Paese Mulitauaopele Ah Ching and according to his mother Imeleta, it wasn’t until Johnny was 14 years old that the decision was made to move the teen to the US in search of a better education.

“It was hard for my dad to let him go but we had to do it,” said Imeleta in response to Samoa News inquiries. “My parents raised Johnny and the idea of separating them was not an easy one for my dad to swallow.”

Over three decades later, Johnny, 42, has proved that the move the US mainland was the best thing that ever happened to him.

He has reached what many would consider the highlight of his coaching career thus far: winning the ‘granddaddy of them all’ - the Rose Bowl.

In his third year at the University of Southern California (USC), Johnny is the linebacker’s coach and recruiting coordinator. He has been the assistant head coach since he took the job with the Trojans back in December 2013.

In his first two seasons at Troy, Johnny served as the running backs coach and special teams coordinator.

Just last weekend, Johnny and his Trojans became part of history when they pulled a come-from-behind victory over the Penn State Nittany Lions (52-49). The thriller has been dubbed a ‘classic’ with the Trojans shutting out their opponents and scoring 17 points in the fourth quarter to win.

The game, attended by thousands and watched by millions on television sets worldwide — including American Samoa — set a new Rose Bowl scoring record with 101 combined points. The icing on the cake: Johnny’s family was in the stands to witness it all.

His parents Tasi and Imeleta, who live in Tafuna, made the long journey to California to watch the game and spend the holidays with the entire family.

But Johnny wasn’t the only reason why the family was cheering that day. Coach Nansen’s nephew Viane Talamaivao (#60) and cousin Juju Smith-Schuster (#9) were on the field day, donning the USC uniform with pride.

Smith-Schuster, a wide receiver, played a big role in the Trojans’ Rose Bowl victory. His 13-yard touchdown reception and a two-point conversion ended a run that had Penn State up 42-27 less than five minutes into the second half.

“Thank you everyone for your support and well wishes for Johnny, Viane, and the team,” said Imeleta from Corona, CA yesterday afternoon. “Johnny has always been a hard worker, always wanting to win games,” she added.

“After the Rose Bowl victory, everyone was congratulating me and my husband and it felt good. We felt a sense of pride, something that every parent would feel during a time like this. We thank God for our children, our blessings.”

Its too bad Johnny’s grandparents aren’t here to witness his success. They passed away many years ago but they would’ve been beaming with pride.

“As a young boy, he always played football,” Johnny’s mother reminisced. “From when he was old enough to hold a ball, as a kid in Samoa, Johnny was always into football. That was his game, his passion.”

Johnny and his six siblings settled in Long Beach, CA, where he shined as a quarterback for Jordan High School.

When it was time to move on and look at furthering his education, Johnny chose Washington State University (WSU) where he was a three-year (1994-1996) letterman linebacker for the Cougars.

In 1994, he played in the Alamo Bowl and graduated three years later in 1997 with a bachelor’s degree in business administration.

With 18 years of coaching experience under his belt, Johnny’s career has taken him across the country, working with football programs in various schools.

He started off as the defensive coordinator at Cabrillo High in Long Beach (CA) in 1998 before becoming a graduate assistant at Louisville (KY) in 1999, working with the defensive line.

That year, the Cardinals earned a spot in the Humanitarian Bowl.

Soon after, during the 2000 season, Johnny was the running backs coach at Montana State and then spent the next several years at Idaho State, during which time the Bengals won the Big Sky title in 2002.

Johnny’s journey continued on, and he eventually found his way back to the Pacific Northwest where he spent five seasons (2009-2013) on the University of Washington coaching squad, in various roles that included special teams coordinator, recruiting coordinator, defensive line coach, running backs coach, and assistant head coach.