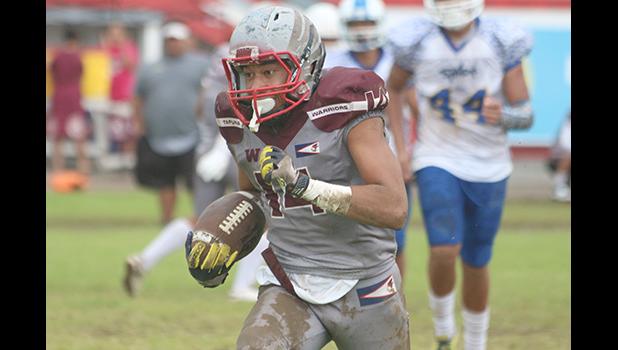 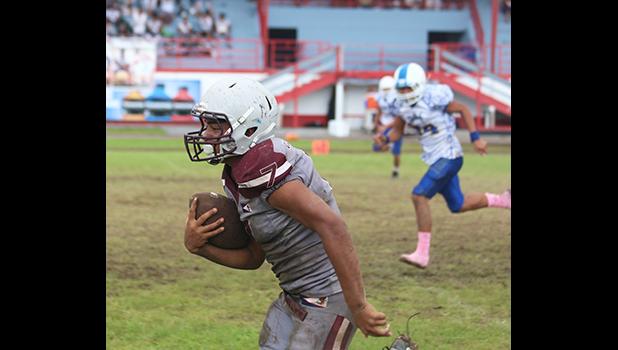 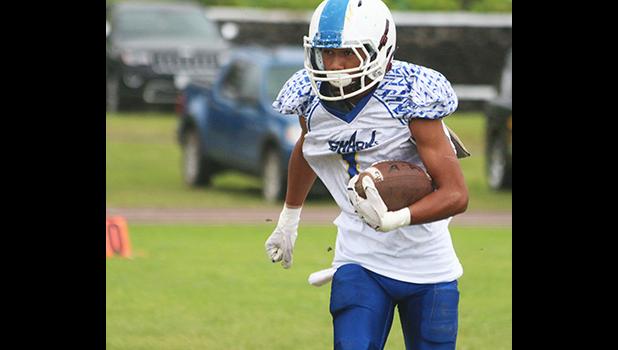 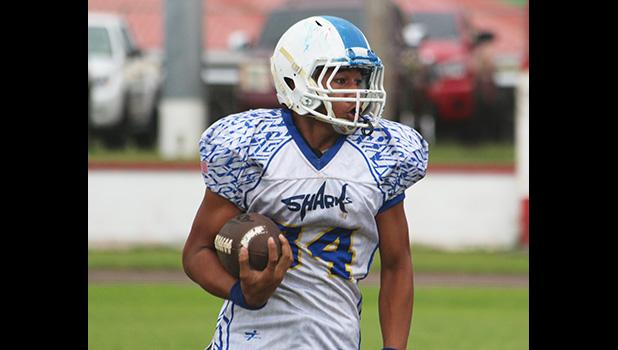 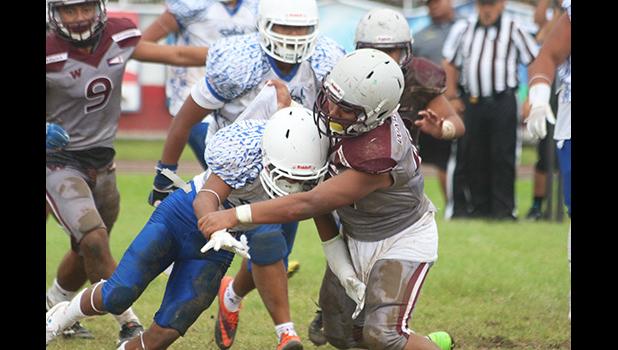 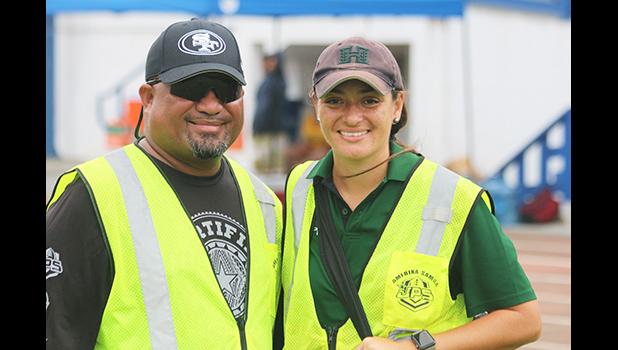 Pago Pago, AMERICAN SAMOA — Last Saturday morning, Principal Tutuila Togilau, Head Coach Kevin Magalei and the Warrior Nation celebrated as their Junior Varsity Football Team swept the league after defeating the Blue Empire in their last game of the regular season 28 - 24, officially claiming this year’s championship title in the JV Division, as they’re not only the No.1 seed in the division, they are also the only undefeated team as well.

Coverage of the 2018 ASHSAA Football season is proudly brought to you by Congresswoman Aumua Amata.

The Warriors JV concluded this season with a 5 - 0 record as they literally beat every team in their division – except for the Leone Lions. Samoa News notes that the Warriors haven’t played the Lions at all this season. Their first round match up was cancelled and called off by principals and head coaches of both schools due to the bad weather. They haven’t met since – but due to their record, the Warriors surely had the upper hand of sweeping the season, as the Lions fell to No.3 in the division as of week 8 of football this year.

Although the Warriors claimed victory against the Sharks in their final game of the season, it didn’t come easy, as the Blue Empire nearly came back for a close challenge in the fourth quarter – but the Warriors played it smart, and played the clock game as they had already had the lead.

Tafuna opened up the match with a 43-yard touchdown pass from quarterback Starlight Lotulelei who led the Warriors from the 43-yard line in a fourth and long situation – A situation that is usually punted away, but Tafuna made a gutsy call and went for it, and it paid off for them, after Pa’apa’a Mauigoa hauled in the pass inside the end zone to scoring the first touchdown of the match.

Their two-point conversion was good after John Allen rammed his way through the middle on an inside hand off to put the Warriors ahead 8 - 0 with just 6:23 into the opening quarter of play.

Just as the Sharks seemed to have things under control on their defensive side of the ball, they fell right into a trap as the Warriors read their coverage and made them pay with just 4:32 remaining in the first half of play – Tafuna first down at the 20-yard line and Lotulelei rolled out to the far side to hand off a reverse to Jacob Omani who stormed towards the opposite side of the field and punched in six more points for the Warriors as they extended their lead 14 - 0.

As the Warriors were finally settling in with their two possession lead, the Sharks stunned them with a 20-yard reception for six – Sharks first down at the 21-yard line and Viliamu Tanielu scrambled all over the backfield to find Sefo Iosefa in the end zone to connect for their first TD of the game.

Their two-point attempt was a quarterback keeper by Tanielu that would move them closer to trail the Warriors 14 - 8.

Tafuna answered back with another long pass from Lotulelei, this time to Allen – Warriors playing a second and long situation from their own 35-yard line, and Lotulelei stepped up to the pocket to fire a solid pass through the middle to the numbers of Allen who secured that pass while on a slant route, boosted his way out to the sidelines and was gone with the wind as Allen scored his first six point of the game to take this one into the half with a 20 - 8 lead for Tafuna.

None of the teams had anything going in the third quarter, as both defensive units came out strong to start the second half.

It wasn’t until early in the fourth quarter of the match that the Sharks were finally able to open things up again.

9:50 remaining in the ball game and the Sharks second down from the 10-yard line, and Tanielu decided to tuck and run with it to score Samoana’s second TD of the game. Their two-point attempt by Amisone was good enough to secure their 20 - 16 trail.

Just as the Sharks were closing in to try and take the lead, the Warriors decided to put this one away just a bit further – 4:00 remaining in the ball game, and Tafuna’s Allen marched in a 1-yard reception to score another Warriors TD, and after a good quarterback keeper by Lotulelei for two, the Warriors were well ahead 28 - 16.

This is when the Sharks knew that it was now or never, as they desperately gave it everything they had to try and comeback for a victory – Samoana’s third down from the 3-yard line, and instead of running it up the gut, Tanielu rolled out with the play action pass to find Malaetasi Amisone wide open inside the end zone for six. Their quest for two more points was successful after Tanielu dropped back to fire a bullet to Iosefa that moved the Sharks just a bit closer to trail the Warriors 28 - 24.

Samoana came back with the onside kick to try and gain back possession for another shot at the end zone – Unfortunately, the kick off was recovered by the Warriors, as Lotulelei and his offense came on the field in victory formation, and knee’d out the remaining time on the clock, putting this season away for good with a 28 - 24 victory, as they’ve officially claimed this year’s ASHSAA Football Junior Varsity Division Championship title.