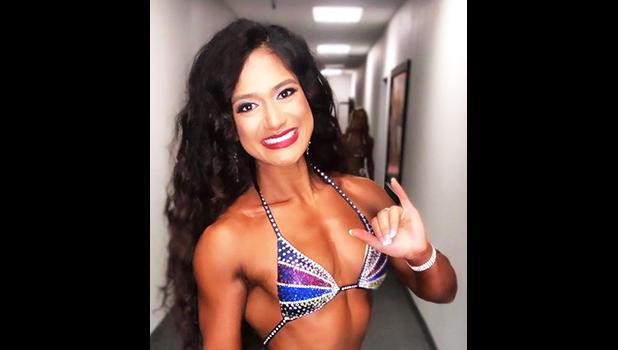 Poppy was born in American Samoa, and hails from Leone. She is the daughter of Eugene Donald & Meri Tineiupu Reid; a United States Marine who has been serving for 13 years… and counting. Poppy is a single mother to two beautiful children: daughter Laneia Aulelei Samalalu Haretuku, 8; and son, Maui Ray Taragi Haretuku, 3.

Fitness has been a passion of hers since high school. She started taking it more seriously when she made the decision to start bodybuilding back in December 2012, a year after having her daughter.

“I’m blessed with the opportunity to represent our beautiful islands of American Samoa in the upcoming IFBB South Pacific Oceania Bodybuilding competition in Tahiti,” Poppy said. She extends a big “faafetai tele lava” to Sauia IFBB Bodybuilding American Samoa for sponsoring her and giving her this amazing opportunity.

To date, Poppy has competed in 7 shows.