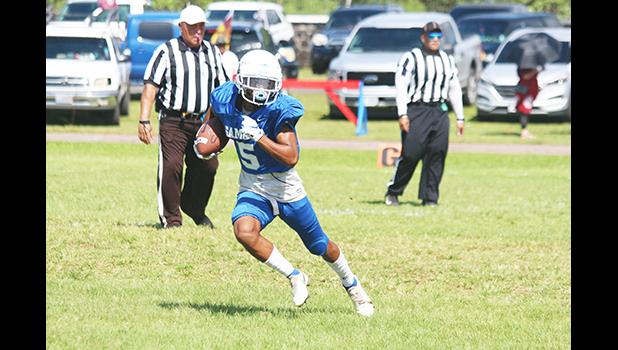 Pago Pago, AMERICAN SAMOA — A local high school football player has been selected for the 10th Annual Polynesia All American Bowl. He is Marcus-John Teiano Samia, a senior at Samoana High School. He is the son of Michael Samia and Susana Tuiasosopo Samia of Vatia and Pavaia’i.

This year’s Polynesia All American Bowl will be one of the games played in the Inaugural Unity Bowl Series.

According to the information contained in Samia’s invitation, the Bowl game will be played at East Los Angeles College on Saturday, Jan. 15th, 2022 at 4p.m.

Players will be representing American Samoa, Hawaii, and eight states on the mainland.

The event will also celebrate the Samoan Athletes in Action 2022 Reunion on Friday, Jan. 14th.

Samia will be accompany by his parents and will be leaving next week Thursday.