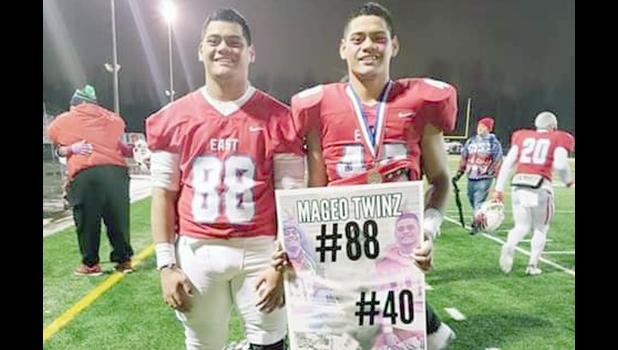 Anchorage, ALASKA — The former Faga’itua Vikings powerhouse twins – Georgia and Georgie Mageo, the Mageo Twins — now attend East High School in Anchorage Alaska, and as of last weekend they led the Thunderbirds Varsity Football Team to winning the State Championship Title in their first year at EHS, as Sophomores.

One of the twins, Georgie Mageo (40) was awarded the State Championship ASAA Division I ’Outstanding Player Award’, he’s also mentioned as an All-Conference Player for the State of Alaska.

The twins are the sons of proud parents, Solova’a and Lenora Mageo, from the village of Pago Pago. The family now resides in the AK.