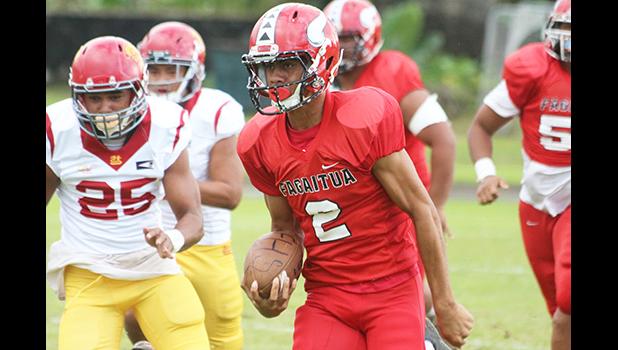 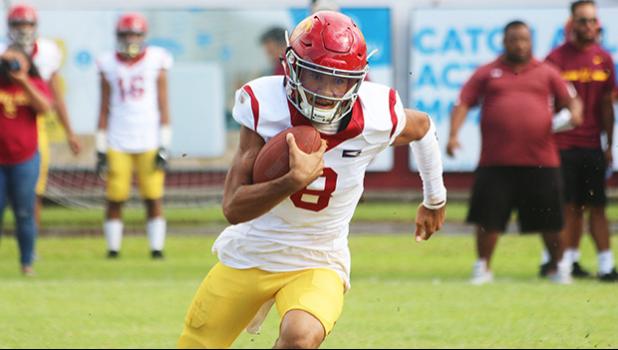 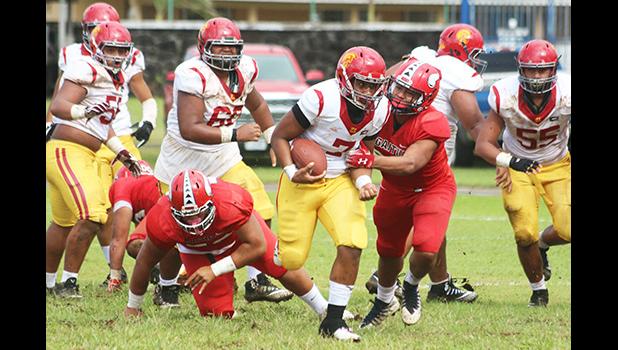 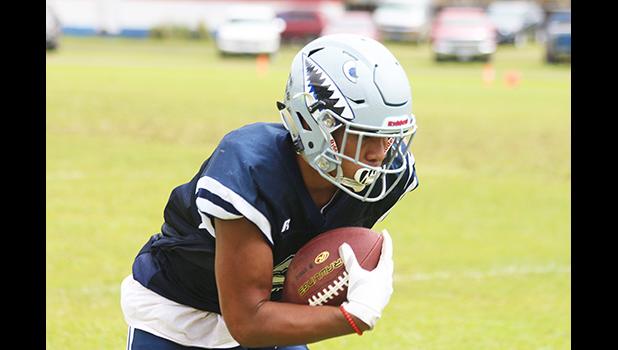 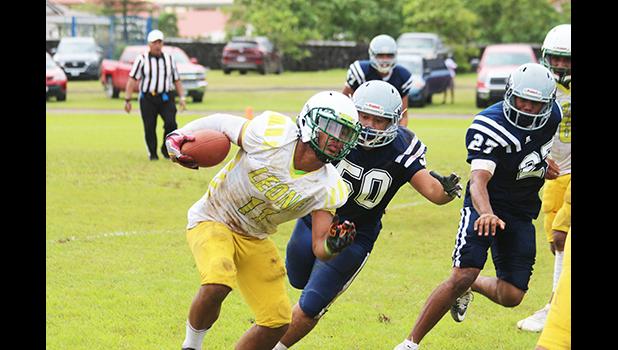 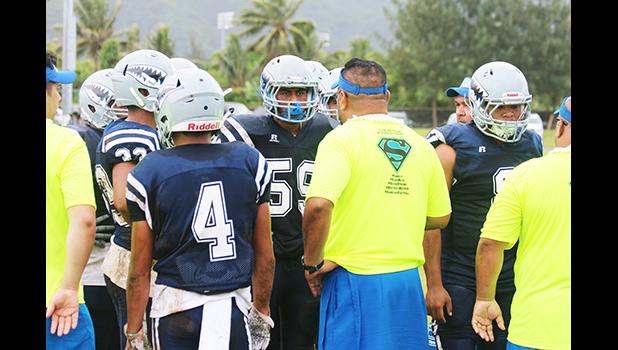 DOE Director’s message: Do your schoolwork; Be a team player; be respectful
By
Tony Gasu
tony@samoanews.com

Before the teams fielded, ASHSAA held its annual opening ceremony which included all five football teams and their coaches, as well as distinguished guests and supporters.

During the opening ceremony, DOE director, Dr. Ruth Matagi-Tofiga sent a clear message to the student-athletes and their coaches - that education is a must if they want to tackle football as a career.

“School work is very important. You have to be physically fit and mentally tough – Be a team player. Team player means it’s not about ‘I’, it’s ‘WE’. We come together as players; we come together as a team. Now I know that there are standouts – Those are the players who have perfected their skills, but in order for your skills to reach its maximum potential you need to be a team player, you need people to support you.

The first match up was the ‘Battle of the Toa’ rivalry between the Tafuna Warriors and the Faga’itua Vikings, which saw the Vikings claiming first blood with their first victory of the season after slaying the Warriors in a tough 50-40 win.

The Vikings scored 4 touchdowns - all in the first quarter of the match - shutting out the Warriors in a 28-0 lead. But as the second quarter came along, the Warriors inched back with every opportunity they had, to square things off.

Tafuna came back with assorted plays to catch up to head coach Sua’ese Pooch Ta’ase and his Vikings, but Faga’itua weren’t only playing the Warriors, they also played down the clock as they had the perfect recipe to claim their first victory of the season by taking the lead and killing the clock with a consistent running game.

The second match of the day featured the ‘Clash of the Titans’ rivalry between the Leone Lions and the Samoana Sharks that concluded in a draw after a back and forth battle which ended in a 40-40 result.

Head coach Pati Pati and his Samoana Sharks shook the Lions during the opening quarter when the Blue Empire scored 3 touchdowns in a row, while the Lions were scoreless.

Just when the Sharks thought they had everything under control, head coach Jerome Fiatoa and his mighty Lions started attacking from the air. Leone had a precise passing game that helped them inch back to tie the Sharks into halftime, 20-20.

From there, it was a back and forth match up into the second half of play, as both teams played their hearts out and ended with a 40-40 draw.