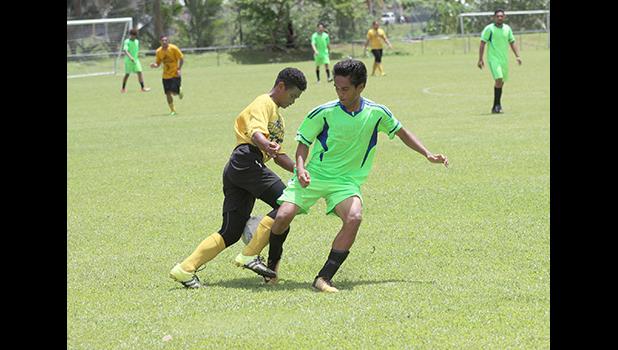 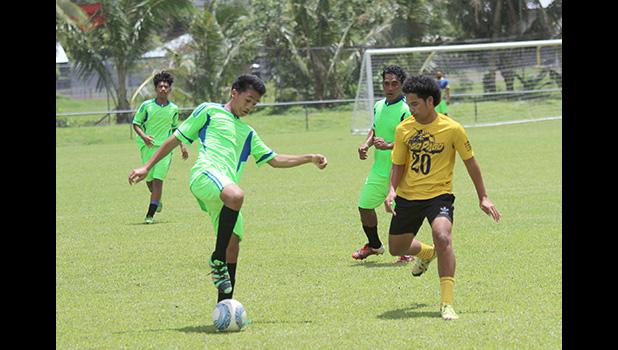 Taputimu holds the slight edge over the other two with 16 points, followed by Vaiala Tongan and Royal Puma both with 15 each.  Vaiala has a four-goal lead (15-11) in the goals differential tiebreaker with two rounds remaining in the season.

Pago Youth (8-0-1) is still the top team and cup holder after reclaiming it from Ilaoa & To’omata in round 8.  Utulei Youth (6-3-0) is the only undefeated team in the competition and is sitting in second place.  They are tied with Ilaoa & To’omata (7-0-2) with 21 points each, but hold the goals differential edge, 28-19.

In last week’s games, Pago Youth held off a stiff challenge from Taputimu Youth, retaining the cup in a 4-2 win.  In other games it was Utulei Youth 3, Royal Puma 1; Lion Heart 4, Pago Youth B 0; Ilaoa & To’omata 10, Black Roses 0; Vaiala Tongan by forfeit over Green Bay and PanSa was off with a bye.

This coming Saturday Pago Youth A will be challenged by Vaiala Tongan for the cup while the battle for sole possession of second place will be determined when Utulei Youth plays against Ilaoa & To’omata.  In other games it will be Taputimu Youth against Pago Youth B, Royal Puma vs. PanSa and Lion Heart facing off against Green Bay, while PanSa is off with a bye.

The playoffs for the top four will be held on December 1, and the championship game set for Dec. 8 to close out the 2018 National League.

Rambo Tapui scored twice for Pago A as it retained the cup in a tough game against Taputimu Youth.

Pago leapt to a 2-0 lead in the first half thanks to Tapui’s first goal four minutes into the game on a penalty kick.  Peni Collins made it 2-0 for Pago thanks to a header in the 21st minute.

But Taputimu would eventually equalize before halftime thanks to goals from Samaraki Oeti, and a PK by Pepa Meredith.

In the second half Tapui and Ben Satele helped to put the game away with goals midway through the half.

Palauni Tapusoa scored twice for Utulei as they maintained their unbeaten streak with a 3-1 win over Royal Puma.

Since Royal Puma lost the Cup in week five, they’ve lost four out of five games with the sole win coming on a forfeit win against Lion Heart in week 8.  Utulei meanwhile is on a four-game win streak since they drew with Taputimu Youth 3-3 during week 5’s round.

Four different players scored for Lion Heart in its 4-0 win over Pago B last Saturday.