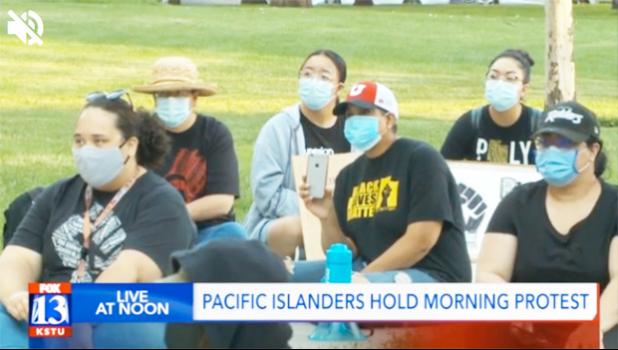 They say family plays an important role n the Polynesian culture -- and In their eyes -- their black brothers and sisters are family who are hurting and need support.

A small crowd formed on the lawn of Washington Square where they raised their voices and called for police reform and racial justice.

"Tongans, Samoans, Micronesians, Maori are very much the history that also made Utah," Amelia Tauvai said. "So it’s very important we learn from each other."

Some 100 protesters -- young and old -- lay on the ground for 9 minutes to symbolize the amount of time George Floyd was restrained by a Minneapolis officer.

They want Black Lives Matter to know they are not alone.

"There is that strong connection because this is about being kind good humans," community organizer Verona Mauga said. "It’s about taking care of each other and supporting each other."

The feeling is mutual.

They hope people who took part in Friday's march will be inspired and continue speaking out.

Above all, they urge people to get out and vote.