Pacific attitude towards violence and discipline needs to change 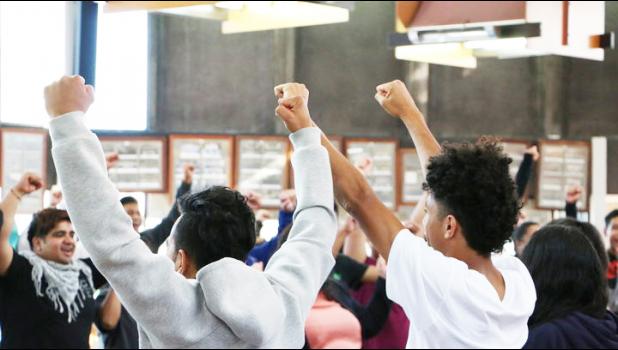 PACIFIC ISLANDS — A spokesperson for UNICEF says destructive attitudes towards violence and discipline in the Pacific need to change.

A survey by the body says teenagers in Pacific countries face school bullying at a rate way higher than the global average.

More than half of 13-to-15-year-olds in Samoa, Tonga, Solomon Islands and Vanuatu experience bullying at school, compared to a third globally.

The survey looked at bullying including physical fights and emotional abuse, as well as corporal punishment.

Unicef's Pacific representative, Sheldon Yett, said violence is an issue throughout the Pacific.

"People think it's inevitable but we know it's not. We also know that our failure to address this has tremendous impact on the well-being of children around the world and, of course, we also know that children who have been bullied, children who experience violence are far more likely to pass it on and be violent later on in life, and are less likely to learn and grow to their full potential," said Sheldon Yett.

"A parent said to me 'We don't want our kids to be like New Zealand we don't want kids to talk back. We make sure kids stay in their place' But that is a very destructive attitude we know if that happens kids are not going to fully learn," he said.

Sheldon Yett said Pacific governments have an important role to play in addressing the issue of violence amongst and against children in their countries.

"One is they need to ensure that there are policies that are fully implemented and legislation full enforced to protect students from violence in schools," Mr Yett said.

"We also need to work with communities and work with students to help them feel comfortable speaking out about what is happening. Because only if students have their own voice to contribute to this discussion are we likely to make progress."

Sheldon Yett says collecting accurate and detailed data on instances of violence within countries is also crucial to addressing the problem.

"It is one thing to say that country A or country B has a problem with violence against students but we need to know who in country A or country B is experiencing this is it girls is it boys? Is it the northern part of the country, the southern part of the country? Certain demographic groups? We need to make sure we have the baseline data. When we have that we can work together to move forward on this."

Prime Minister Tuilaepa Dr. Sa’ilele Malielegaoi has lamented the “sad state” of family violence in Samoa, calling on the nation to acknowledge the suffering it has caused “many generations past.”

Tuilaepa issued the rallying call at the T.A.T.T.E. Building yesterday where he launched the Report of the National Public Inquiry into Family Violence. The findings in the report are alarming.

For instance, it shows that family violence affects “almost all families in Samoa,” with extremely high numbers of people experiencing extreme violence in their lifetime.

The report found that 9 in 10 women consulted during the Inquiry said they had experienced physical or emotional violence in the hands of family members. Six out of 10 women experienced “intimate partner violence” in their lifetime.

But that’s not all.

The rates of family violence in Samoa are higher than the global average, according to the report. The Inquiry survey of 1,500 found 86 percent of respondents have experienced physical violence in a family setting, and nearly one in ten Samoan women have been raped by a family member in their lifetime.

A study by the Ministry of Women in 2017 found that only 11 percent of victims report their experiences of family violence.

“Now, the time for talking has to be over. After reading this Report, I hope and urge that we together take action to address this issue head on at last,” Tuilaepa said.

“As the leader of Samoa, I call upon everyone – our political leaders, traditional and religious leaders, fathers, and families to acknowledge the widespread pain and suffering in which we are all complicit.

“Blame does not fall on the perpetrators alone. We all are party to a degree. Unknowingly, the seeds for this sad state of affairs have been sowing for many generations past.

“Now, for the sake of the future, it is up to us and especially those in positions of power to stand up and be counted – to demonstrate our dedication to the fa’a-Samoa and Christian values upon which this country is founded. Enough is enough! It is time for us all to stand together for the sake of our future generations and say: I will not hide in the shadow of the tree.”

Prime Minister Tuilaepa said the veil of silence hiding the realities of family violence is a menace to Samoans.