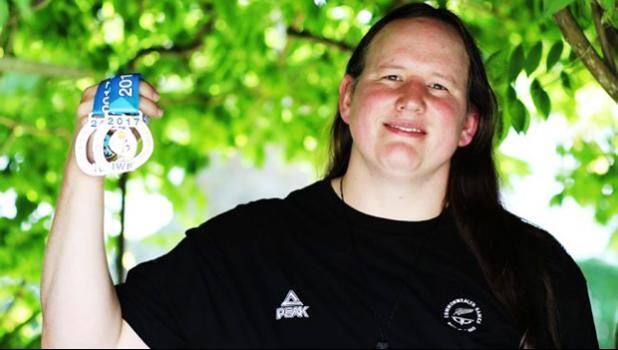 Hubbard, 40, was named to the New Zealand women’s weightlifting team in November, sparking backlash within the sport. ﻿

The athlete, who is the top-ranked female weightlifter in the world, is set to become the first trans sportsperson to represent her country during her event on Monday.

But she has been forced to endure repeated attempts to stop her from competing.

Earlier this year, the Australian Weightlifting Federation failed in a formal application to block Hubbard from the Games.

In order to compete, Hubbard has had to prove that her testosterone levels meet strict criteria – and her last tests indicated that she has less testosterone than a cis female.

Nevertheless, Australian Weightlifting Federation chief executive Mike Keelan wrote that “it is our strong view that weightlifting has always been a gender-specific sport, male and female, not a competition among individuals of various levels of testosterone.

“In our respectful view, the current criteria and its application has the potential to devalue women’s weightlifting and discourage female-born athletes from pursuing the sport at an elite level in the future,” he added.

The Commonwealth Games Federation rebutted the anti-trans claims of Keelan and his federation, saying that “there is no moral, ethical or legal basis to prevent transgender athletes from pursuing their sporting ambitions.”

And Samoa Weightlifting Federation president and national coach Jerry Wallwork told Radio New Zealand that Hubbard should not be in the women’s category.

Wallwork’s team includes weightlifter Feagaiga Stowers, whose chances he said had been affected by Hubbard’s participation.