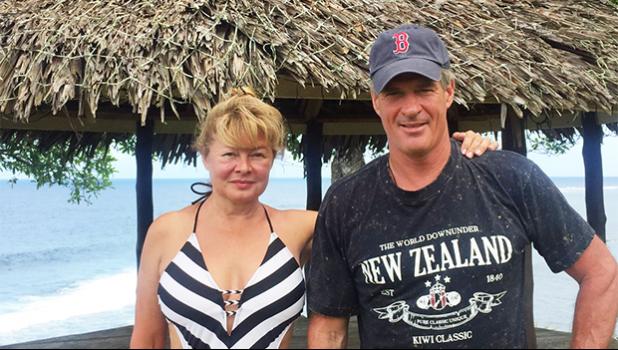 Former Sen. Scott Brown (R-MA) placed his bets early on Donald Trump, and it appears the move has paid off bigly.

Brown was confirmed as the ambassador to New Zealand and Samoa in early June, and by the looks of his Twitter account, he’s having a blast.

Other early Trump surrogates were named to top posts, and have been left to endure President Donald Trump’s unwieldy administration. Jeff Sessions left the Senate to take the role of attorney general, and he’s been forced to sit and take hit after hit from Trump for recusing himself from the Russia probe. Reince Priebus faithfully stood by Donald Trump throughout the campaign, and was ousted from the White House after only six months.

Meanwhile, Brown, who failed in his bid to represent New Hampshire in the Senate in 2014 and who cast his lot with Trump in February 2016 , has been posting pictures of his adventures abroad this summer. Between social media posts about the meetings and discussions he’s had in his role as ambassador, he has been sharing the breathtaking vistas of New Zealand and Samoa. He’s also been running a Twitter account for his dog, Gracie.

Brown revealed last month that he actually introduced Trump to Anthony Scaramucci, who just ended his short-lived tenure as White House communications director. At the time, Brown predicted that Scaramucci would “right that ship.”

On the day Scaramucci was fired after his profanity-laden rant to the New Yorker’s Ryan Lizza, Brown was in New Zealand meeting with local entrepreneurs.

Though Brown has been posting photos of beautiful vistas and sharing cheery updates about his meetings abroad, he did participate in a tough interview with Radio New Zealand’s Kim Hill in July. She quizzed him on Trump’s comments about women, the Russia probes, and the 2016 campaign, as Brown defended the President.