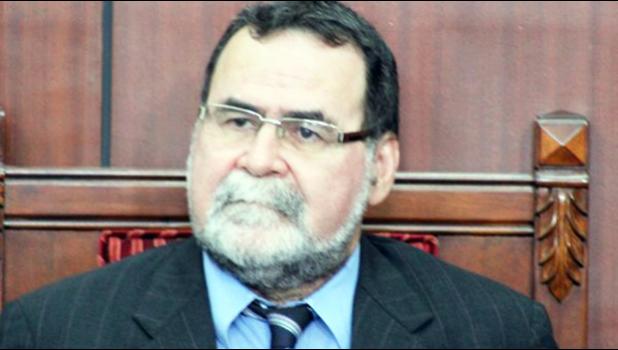 Apia, SAMOA — Supreme Court Justice Vui Clarence Nelson has described an incident involving a woman, who was stabbed by her estranged husband in public in broad daylight, as one of the "worst domestic violence cases" in the history of Samoa.

The defendant, a 33-year-old man convicted of attempted murder, has been jailed for nine years.

Justice Vui issued the comment during sentencing, where he also issued a suppression order on the details of the defendant, to protect the interest of the victim.

“In the interests of the wife and children, I issue a suppression order prohibiting publication of the names and other details of all parties involved in this case,” he said.

“That includes publication of such details on Facebook, Twitter, Whatsapp and all other forms of social media.”

The defendant pleaded guilty to attempted murder, to causing grievous bodily harm and to being armed with a dangerous weapon, namely a kitchen knife.

According to the Police summary of facts, the couple had issues regarding their marriage. The wife took their children and lived with her aunty.

The Police report says the defendant approached his wife and started questioning her about various marital matters.

“An argument ensued and the victim stood up to leave. According to the summary, the defendant grabbed her handbag and slapped her. He then pulled out his knife and stabbed her numerous times.

“The medical report on the victim notes multiple stab wounds including to the left jaw, right side of the neck, left upper breast down to her rib bones, left forearm also right down to the bone, left lower abdomen and left thigh.

“By my count, that is at least six separate stabs inflicted by the defendant although the medical report refers to other injuries suggesting there were more than six stabs delivered.

“It is a miracle no major arteries or internal organs were affected. According to the summary of facts, some of these wounds were delivered while the victim was lying on the ground unconscious.

“After he attacked his wife, the defendant just left the scene leaving the woman lying there and bleeding on the sidewalk. He told the probation office he went home. It was onlookers who rushed to the aid of the injured lady and took her to hospital where her wounds were treated.”

Justice Vui pointed out the summary of facts goes on to state the defendant stabbed himself with the same knife.

“But I do not accept that because the defendant told the probation office that he slipped on his way home after the attack and accidently stabbed himself in the stomach.

“This is a case of domestic violence at its worst. The defendant went to the scene of this incident on the morning in question carrying a knife clearly intending to use it.