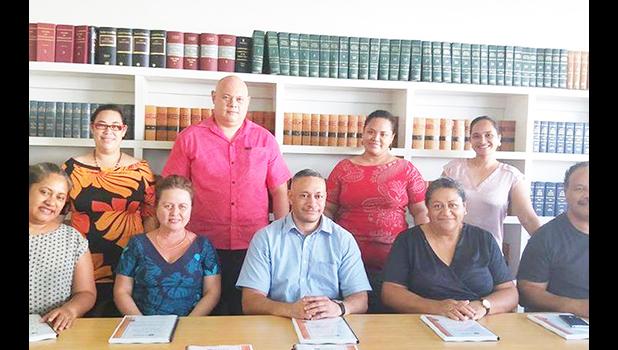 Apia, SAMOA — Samoa's professional legal body has firmly admonished the Head of State for his role in delaying parliament from convening.

The Samoa Law Society, in its submission to Friday's Court of Appeal hearing to expedite an end to the country's Constitutional and electoral crisis, was clear that the Head of State is bound as the faithful servant of the Constitution and not its master.

It submitted that the Head of State, whose office is a creation of the Constitution, was obliged to do its bidding.

Part of that bidding is to ensure that parliament convene within 45 days from a General Election. His Highness had frustrated multiple attempts for this to happen since the 9 April ballot.

The vice-president of the Samoa Law Society, Su'a Hellene Wallwork, said their submission was one of neutrality and that they had no interest in which party has the majority in parliament.

"Our interest, as the Law Society, is that the Constitution be allowed to bring into effect a Legislative Assembly and a government."

The Society, in their submission stated the judiciary had final authority over Constitutional matters.

"We wholeheartedly support the proposition that the Supreme Court (and the Court of Appeal) has paramountcy in interpreting the Constitution and how it should come into effect.

"So if the Supreme Court or the Court of Appeal comes out with an interpretation of it, we support how that should be put into effect. And hopefully that will bring about a Legislative Assembly for Samoa."

This stands in contrast to the position taken by the Head of State and the caretaker government which advises him. The Society claims the office of the Head of State has constitutional primacy over the judiciary.

The Law Society's Su'a again referred to the Constitution.

"So the Law Society cannot take any other position than that."

The Head of State, on 4 July, called parliament to convene on 2 August.

It is the latest electoral proclamation from O Le Ao O Le Malo and has again subverted a Supreme Court ruling for parliament to sit, this time by Monday 5 July. It also came beyond the 45 days when the Head of State is obliged to have parliament first sit.

However, the Law Society's Su'a said the power of his office to do so is Constitutionally opaque as there is no provision for an extension of time to the Head of State beyond the 45 days from the election.

"Well I think that's an issue to be decided by the Court of Appeal hearing that was held on Friday. So we're waiting to see how the court interprets that - the Head of State's functions to convene parliament."

But fundamental to the Court of Appeal's Friday hearing is its determination as to whether the FAST Party's impromptu 'tent ceremony' swearing-in will be recognised under the doctrine of necessity.

The Attorney-General argued the criteria for necessity was not met as the Head of State was not present to validate and endorse it, saying constitutional and customary requirements were not satisfied.

The caretaker HRPP government argued the issue of the 45-day period was not before the court. However, the Supreme Court on 17 May upheld the 9 April election results and ruled parliament must sit within 45 days of them.

The election winner, FAST, submitted that their 'tent ceremony' was mandatory under Section 52 of the Constitution so that the 45-day period could be met, and followed the ruling of the Supreme Court to do so.

The decision will be delivered before 2 August, the day the latest Proclamation to convene Parliament was ordered by the Head of State.