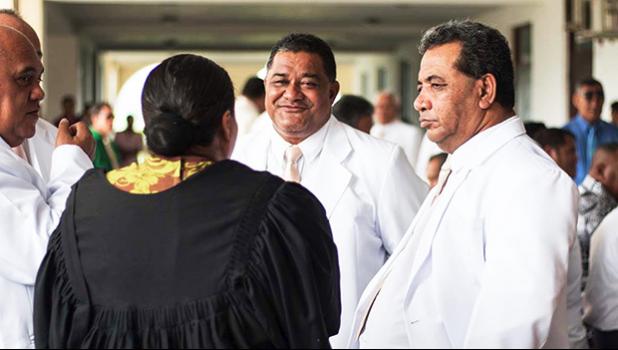 Apia, SAMOA — Church Ministers from the Congregational Christian Church of Samoa that are appearing in the District Court on tax evasion charges were only charged for the January to May, 2018 period.

There are also another set of charges against the same defendants for the period June to November, 2018.

This was according to Minister for Revenue, Tialavea Tionisio Hunt, in response to questions from the Samoa Observer.

There is a total of 160-plus Church Ministers from the C.C.C.S.

In January this year the Parliament passed the law to tax Church Ministers and the Head of State and at the same time increase the threshold of taxes to $15,000.

In the meantime, a total of 19 church ministers from the C.C.C.S. have appeared in the District Court on the charges that were outlined by the Minister for Revenue.