The Rock should run for president. Here’s the case for why he’d win 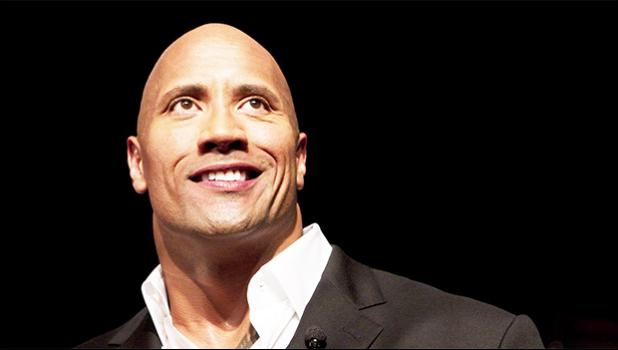 DWAYNE THE SWAMP
By
Ben Moskowitz for Quartz Media
Imagine a policy platform that draws from the best parts of both Trump- and Sanders-style populism, offered by a universally loved public figure who leads by example.

Dwayne Johnson, the former WWE superstar known as “The Rock,” should run for president of the United States of America.

A few years ago, no one would have guessed a reality-TV tabloid star like The Donald could become the ruler of the free world. So why not professional wrestler The Rock? He’s a successful businessperson who knows how to speak to the masses. He’s the literal embodiment of hard work. He knows how to negotiate. He’s approachable yet strong (real strong). He’s the everyman for every man and woman who aspires to make something of themselves through sheer grit and motivation—and make money while doing it.

Beloved by the left and right alike, the world’s highest-paid actor could accomplish something no leader has managed in decades: lay the smackdown on petty partisan politics and get Washington back to governing. And he’s been dropping hints for years.

Trump’s unlikely victory has reset expectations about who can credibly stand as a candidate in a national election. Several public figures from outside the realm of politics—such as Mark Cuban, Mark Zuckerberg, and Oprah—are also rumored to be considering a 2020 run. So why not The Rock?

During the 2016 presidential campaign, Johnson said in an interview with GQ that “I haven’t ruled politics out…it would be an opportunity to make a real impact on people’s lives on a global scale. But there are a lot of other things I want to do first.” Almost a year later, he coyly acknowledged the possibility again in an SNL skit: “In the past, I never would’ve considered running for president,” he said. “I didn’t think I was qualified at all, but now I’m worried I’m too qualified.”

This could all be in good fun—or it could be a trial balloon.

In May, Public Policy Polling tested various potential candidates against Trump in 2020. They considered Johnson’s prospects if he were to run for president as a Democrat. According to the poll, Johnson would lead Trump 42% to 37% in a prospective contest, converting over 15% of people who supported Trump in the last election. They also found he appeals to both Democrats (with 38% of respondents positive, 47% not sure) and Republicans (with 31% of respondents positive, 52% not sure). That’s a strong starting position with lots of room to win over converts.