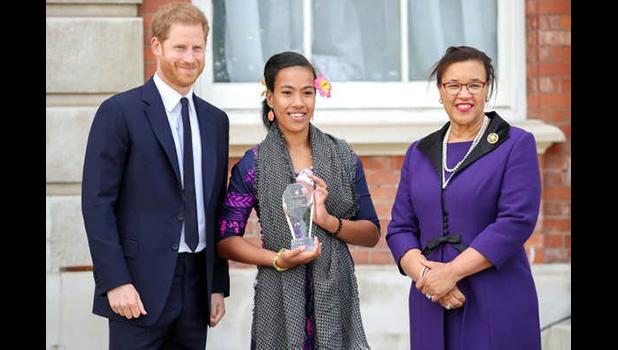 London, ENGLAND  — Prince Henry said that it is up to young people to raise awareness of climate change as he spoke to guests at a garden party this week.

The event was held to celebrate the 70th anniversary of the Commonwealth and the Duke of Sussex was attending in his role as Commonwealth Youth Ambassador.

One of the most moving winners was 18-year-old Leilua Lino from Samoa, a survivor of sexual violence. Before accepting her trophy, she bravely told the audience how she had been abused at the age of nine years old by her own father. She testified against him in court before he was sentenced to 29 years in prison.

Leillua has now created a Peace Garden designed to support others who have experienced similar experiences. Speaking afterwards, she said: "I was so happy to meet him and win this award. I told him why I was doing this and he told me that I was a very brave girl. I hope when I go back to Samua to continue to work and help others that are abused."

Before leaving the stage, she joked that she was going to invite Harry to Samoa, to which he grinned and clapped.

Read more at The Evening Standard