From pandemic to economic crisis, Samoa's COVID journey one year on 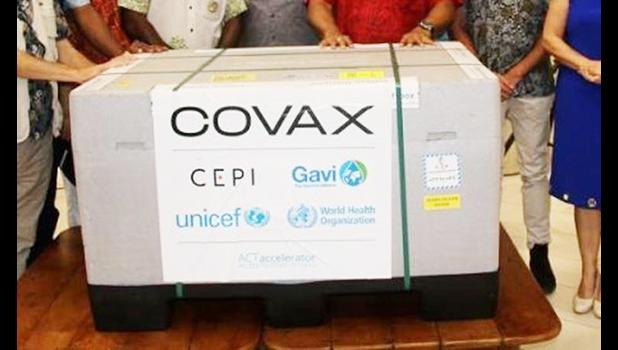 Apia, SAMOA — With Samoa's COVID-19 vaccine roll-out slated to start in April, some in the tourism sector aren't sure they'll be in business when borders eventually re-open.

While the tragedy of the measles epidemic of 2019 prepared the country to act fast and avert another health crisis, it couldn't prepare them for an economic one.

A year on from the pandemic and Samoa is one of a handful of countries to remain free of community transmission of the coronavirus.

It was also one of the first countries to close its borders, which helped prevent COVID-19's entry according to the country's Director General of Health, Leausa Dr Take Naseri, who said, with grief from the measles epidemic still fresh, the whole country rallied.

"People were becoming more responsible, becoming easily mobilized. They had sort of experienced the bad side of these infectious diseases. The experience of having 83 deaths from the measles made a lot of people co-operate with what we were saying."

But for a small island nation with limited resources, the scope of the challenge kept growing.

Samoa's health boss said the country started by controlling the inflow of returning citizens and residents at a manageable level.

"We were looking at the magnitude."

A negative pressure hospital ward was built, along with an isolation center adjacent to Faleolo International Airport.

Maintaining sterile air and sea port border zones became a priority, said Leausa, to ensure a safe buffer through which incoming passengers and freight could pass.

Containment at the border was the priority, particularly with COVID's more contagious new variants.

Testing can now be done in-country, including serology, and quarantine has been increased to 21 days.

But while a health crisis has so far been averted, an economic one is looming.

A Falealili District paramount chief, Tuatagaloa Joe Annandale, whose Sinalei Resort has been shuttered for months waiting for the borders to re-open, said it been incredibly tough for his hundred plus staff who've been without income.

"We're grateful to the banks that we've worked with. They continue to be very patient with us," he noted.

"The government has organized some relief with the development bank, who comes under their control, in giving us a bit of leeway, but things are slowly coming to a halt. They can only go for so long without any payments from us, of interest and principal."

Interest and fees are compounding and "crunch-time is close" he said.

For Falealili District, continued Tuatagaloa, the problems are being exacerbated by the Recognized Seasonal Employer (RSE) program with New Zealand being hit.

"Because they were only prepared to take returnees, we still have another 88 returnees that did not get the cut this time round. And we've got another 300 or so new recruits that we were hoping to send for this season," he added.

In six months, RSE workers can earn the equivalent of seven years basic wages in Samoa, he said.

Samoa's economy has collapsed by 8.6 percent according to Central Bank figures with tourism earnings plummeting to zero compared with over $US200-million to mid 2019.

The loss has been offset by international aid finance but that is largely for COVID-19 response when as much as 70 percent of tourism jobs have been lost or down-sized.

People sending money home has also helped, with private remittances increasing by $US14 million, or 10 percent, in the seven months to January

The head of the Samoa Tourism Authority, Fa'amatuainu Lenata'i Suifua, said the industry has taken a double hit as visitor numbers had already tapered off during the measles epidemic.

"We're so thankful that we've managed to survive the last 12 months but the question is as to whether we can actually survive the next one because so far the impact is quite severe that we're hoping that sooner or later the borders are going to open up," he conceded.

"Everything actually relies on that and the vaccine, 100 percent coverage for the country."

The government is intent on maintaining the country's tourism offering to that point of herd immunity, Fa'amatuainu said, so when borders open businesses can be ready to go.

But the first part of the vaccination program, the Covax facility supplied AstraZeneca jab will start arriving at earliest next month, according to health's Leausa, and only for 20 percent of the population or 40,000 people.

He said the government is working with development partners to secure jabs for the rest of the population.

"We are working with New Zealand also in securing a number of vaccines we can get from there," said Leausa.

"So we don't know when but we have indicated during our conversations, through our Minister of Health to Minister Aupito."

New Zealand's Minister for Pacific Peoples, Aupito William Sio and Prime Minister Jacinda Ardern have made commitments to include Samoa in the purchase of vaccines.

Ardern confirmed the full suite of jabs New Zealand has on order are due before the end of the year.

With that in mind, 2022 looks the earliest for 100 percent coverage for Samoa.