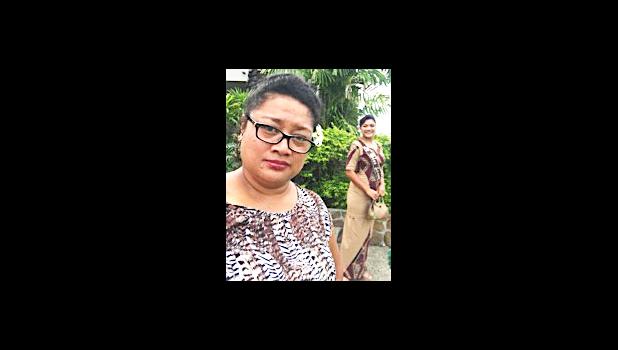 Pregnant women from Samoa with valid entry permits into American Samoa, who travelled over on MV Lady Naomi, were not allowed to disembark.

Instead they were “simply asked to take a return trip of the ship” to Samoa.

The treatment surfaced during the recent inter-Samoa talks held in Apia where the Samoan government raised concerns about the treatment of Samoa residents by American Samoa.

Official documents obtained by the Samoa Observer do not say how many women were subjected to the treatment.

But Samoan officials were disturbed and they raised the issue about the violation of human rights.

“Samoa also raised the concern relating to pregnant women from Samoa not being able to disembark the vessel upon arrival but simply asked to take the return trip of the ship even with the issuance of a valid entry permit,” the document says.

“American Samoa noted that this may be related to an immigration issue to prevent foreign women from exploiting medical care in American Samoa.”

Samoa Events Incorporated, SEI, Nadi, Fiji — Tonga has been given the green light to host the 2018 Miss Pacific Islands Pageant.

Originally Papua New Guinea was awarded the hosting rights but the Pageant’s Board at its annual meeting in Nadi, Fiji Tuesday agreed for Tonga to host next year’s event as PNG has other commitments.

Another resolution approved by the Pageant’s Board is for the incoming Pageant winner to be crowned by her predecessor and not by VIP or distinguish guests.

In a related development, Member of Parliament Gatoloai Amataga Alesana Gidlow’s nomination to serve as one of the five judges in this year’s pageant was also endorsed by the Board. Gatoloai’s nomination was made in her capacity as an hotelier and womens rights advocator.

The annual meeting also saw Samoa handing over the Chairmanship of the Pageant to Hirdesh Prasad of Fiji.

STA Board member Tuala Ollie Ah Him on behalf of Tourism Minister Sala Fata Pinati, who was unavailable to attend the board meeting, handed over the chairmanship on behalf of his Minister.

Samoa Events Incorporated, SEI, Nadi, Fiji — Sister is probably the most competitive relationship within the family, but once the sisters are grown, it becomes the strongest relationship.

For Penelope Iakopo Price, her relationship with her only sister and the younger of the two, reigning Miss Samoa Alexandra Iakopo has survived the test of time. And it has gone from strength to strength with Alexandra cheating death twice from two massive heart surgeries.

And in the middle of her preparations for the Miss Pacific Islands, their father was summoned by his maker.

It’s something that Mrs. Price does not want to dwell because she wants to stay strong and maintain her composure for the sake of Alex to concentrate on the pageant.

Back in September when she heard the news that Alexandra (or Sana as she is called by her family) was crowned Miss Samoa, the Denver Colorado resident was not the least surprised.

“I have faith in Alex in whatever she does,” said Mrs. Price. “She was determined to win the crown after her first pageant the previous year where Sana won the Catholic Church Miss Youth Pageant.

“And when the idea of trying out in the Miss Samoa popped up, Alex was quick to respond, why not I got nothing to lose.”

And the rest is history.

She describes her younger sibling as cheeky and a troublemaker at times.

“She (Alex) looks up to me as a mother,” she says. “I took up some of the responsibility when my parents were busy with their missionary work when she was a kid.

“And she was not very easy to please as a kid.

“She has her own sense of style. And she doesn’t back down from what she wants.

“Alex is strong will and loves to embrace challenges.

“She’s a go getter. She’s a trouble maker some of the time but overall she’s a sweet loving person.”

Mrs. Price is with the Samoa delegation in Nadi this week to support her younger sister.

And she thanks the Almighty for his divine love in helping Alex to be where she is today.

Whatever the outcome, the US citizen and permanent resident is confident that Alex will walk away from the Miss Pacific Islands Pageant as a born-again young woman full of self-confidence that anything is achievable.

“She is here for a reason,” said the eldest in a family of five.

“As our late father had reminded all of his children constantly, there is a reason for everything to happen, good or bad,” she smiles as she walks to greet Miss Samoa returning from a public engagement with the 8 other contestants who will be vying for the title this week.

The government’s efforts to promote Samoa as a tourism destination has been dealt a major blow with Survivor Australia pulling the plug on a third season of filming in Samoa.

Instead, they have opted to film the next season in Fiji.

The Minister of Revenue, Tialavea Tionisio Hunt, confirmed the decision yesterday but disputed reports that Survivor's exit is over the government’s failure to pay tax rebate “worth millions of tala.”

“It is their decision and although we offered to increase the rebate to 50 percent they still opted for Fiji,” said Tialavea.

“Just to be clear, we don’t have a standard contract with the Survivor crew where Samoa is the only destination for filming.

“Our contract is done on a yearly basis when they come for their filming which has expired.

“But there is no third year contract because they did not want to film the third season here. It’s up to them, what they want to do.”

The only obligation there is for the Samoa Government is to pay the rebate of 30 percent of the total funds they spend in Samoa.

“The last time they filmed here, their expenses amounted to $11 million and under the law we are obligated to pay back $3 million and we did.

“I already signed the cheque.

“Their decision to film in Fiji is their prerogative, Fiji’s rebate is 45 percent and so we proposed an increase to 50 percent but that did not change anything.

“It’s fair enough, when you think about it from a business perspective.”

It was not possible to get a comment from Survivor Australia yesterday.

The Minister of Revenue, Tialavea Tionisio Hunt, has set the record straight in relation to taxing Church Ministers.

Speaking to the Samoa Observer yesterday, he clarified that Church Ministers will only be taxed for their “alofa” (money they earn from church members).

He said they would not be taxed on envelopes and gifts they receive from weddings, funerals and other occasions.

“Although it’s in the law that it extends to other income received from performing services in their role as church ministers, from weddings, funerals, birthdays, functions or blessing ceremonies, we will only tax the church ministers based on their alofa,” he said.

“So we are taxing only the salaries. It’s in the law, but we will only tax them on their alofa, nothing more.”

The clarification comes as music to the ears of pastors who have been outraged by the decision to tax their envelopes.

Many church Ministers accused the government of deceiving them. They made the claim when they discovered that the Bill was not limited to the “alofa.”

“I feel deceived by the Samoa Government,” said one Pastor. “The amendment to the law extends to other income received from performing services in our roles as church ministers.

“During the consultations, all the Ministry of Revenue went after was the alofa but to my surprise, someone came across the new amendment and pointed it out to me.

“Why were the Minister of Revenue, Tialavea Tionisio Hunt and his Associate Minister, So’oalo Mene, not honest from the beginning about this hidden amendment?

“So aside from the alofa, they now want to tax us on our other incomes that we receive when conducting service prayers for functions, weddings and funerals,” said the furious Church Minister.

He said the unfairness of the decision by the government was keeping them in the dark about taxing all income they receive from their roles as church ministers.

“All right that’s fine but I think the government should also look at taxing the cash envelopes the Cabinet Ministers receive from any event they attend.

“It is only fair that if they desperately need money as indicated by their measures put in place to obtain more funding, they too should also be taxed when they receive their cash envelopes.”