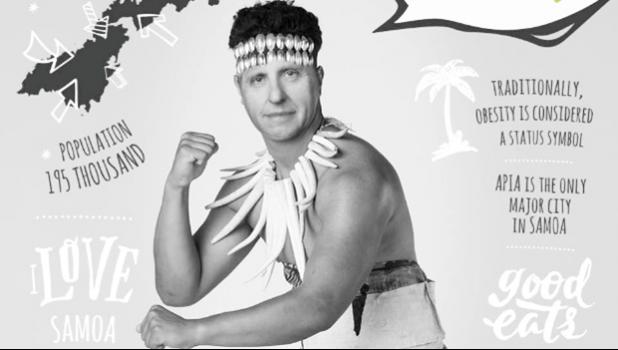 A Mormon church's exhibition which encourages people to superimpose their face on a Samoan warrior has been slammed as exploiting a culture for amusement.

A "discovery centre" at a Church of Jesus Christ of the Latter-day Saints in Utah, in the United States, allows visitors to learn about different cultures around the world.

However, the depiction of a shirtless Samoan has been labelled as perpetuating a "barbarian" and "savage" stereotype for white people's entertainment, by prominent Kiwi academic and Mormon, Gina Colvin.

The University of Canterbury academic discovered the exhibit on a recent trip to the United States.

"I was appalled," she said.

"The Pacific Islands, for Mormon people has always been a place of spectacle, all they want to know is the music and the dance and they empty us of any other kind of identity. Pacific Islanders and Maori have often been used for their amusement, but never really understood."

Colvin, who describes herself as a "multi-generation life long Mormon", has published several papers on the faith.

She said Pacific Islanders were being exploited for the amusement of white Americans. The exhibit comes with commentary which states "traditionally, obesity is considered a status symbol in Samoa".

Colvin said it was an example of appropriation of culture.

"It reduces people to a limited range of identifiers."

By comparison, other cultures were fully dressed, with European cultures displayed as "dapper" and "civilised", she said.

Colvin questioned how much consultation had been conducted with Samoan people.

"Knowing white people are going to put their faces on your customary dress.

She said people did not want to understand more, something she called "a very colonial mindset".

"I think they tend not to ask critical questions, it is an amusement for them."

Church spokeswoman Irene Caso said the church's intention was one of education and its message was one of unity and love.

She said the response from both members and nonmembers had been "extremely positive".