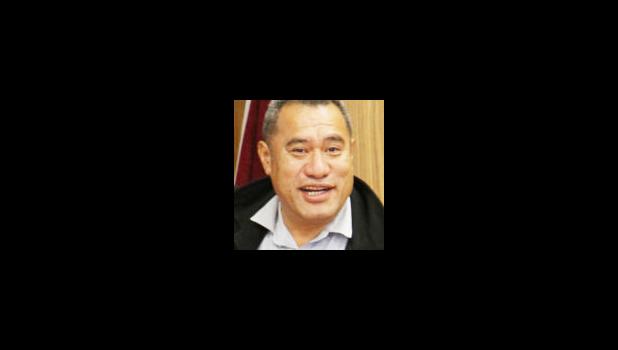 Among them are Tongans requiring life saving medical treatment like dialysis. While kidney disease is a common ailment in Tonga, treatment isn't publicly available there.

Renal specialist in Auckland Dr Viliami Tutone said the number of non-residents from the Pacific he treats was definitely on the rise.

Dr Tutone, who is a Nephrologist, said it was a tough and sad reality.

"We do have our fair share at Middlemore of non-residents," he said.

"It is sad really for someone on the frontline to look at these people, young people in terms of needing dialysis who have had to struggle and it is not just a problem with just us but also at every level in terms of preventing it and in terms of current treatment."

Dr Tutone said such patients were often stressed out trying to meet excessive costs of treatments as well as meet immigration requirements.

Immigration lawyer Richard Small said an appeal could be time consuming and took some effort to prepare, which was hard when people were unwell.

"The Tribunal looks at exceptional circumstances that would make it unjust or unduly harsh to deport them," he said.

“But it's weighed up against the public interest, and so this is like for the people who need dialysis or heart surgery.

"The heartbreaking one is dialysis, as you know it is not available in Tonga and other Pacific countries".

He said rulings could also take a toll on large island families.

"The people go back quietly, humbly and effectively go back to die in some cases and this is very sad. What is the price of compassion I guess is the question I would ask.

"And what are the other contributions that their Kiwi members of the family is making and what is the cost of not having their complete family here?"

Meanwhile, efforts are ongoing back in Tonga to get dialysis treatment there.

The president of Tonga's Dialysis Foundation Siosaia Moehau said they were trying to raise $US1 million from donors to fund their efforts for a dialysis unit, but it has been tough to get government buy in.

He said they were forging ahead anyway and had started sourcing resources already.

"Well we have been struggling for help trying to establish the dialysis treatment here in Tonga and hopefully soon we should have something solid going on. We have a few machines donated already on its way from Australia that should be here by mid January or by the end of January 2018."

Mr Moehau said they also wanted to get some land close to the main hospital next year, and hoped to set up home-based dialysis as well as attract staff from Australia and the US.

But Dr Viliami Tutone said it was a decision the Tongan government needed to consider carefully.

Last year November, Medicaid Office in American Samoa announced that New Zealand was approved for off-island referral funded by Medicaid — which is part of the Off Island Medical Referral (OIMR) services. The Medicaid program is a reimbursement program and it has a fundamental requirement mandated by federal law, according to Director of the American Samoa Medicaid Office, Tofoitaufa Sandra King Young.