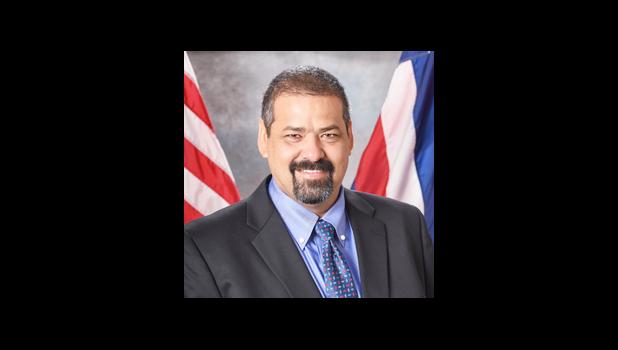 By
Samoa News staff
reporters@samoanews.com
Updated. Weapons violations were among the charges against Arthur Brun and 11 others. Brun pleaded not guilty Friday afternoon in Honolulu.

Pago Pago, AMERICAN SAMOA — A Samoan man in Hawai’i, described by federal prosecutors, as a leader of a Samoan gang both inside and outside of the prison system in the Aloha State was among 11 individuals arrested and charged late last week in connecting with a high-profile case, in which the alleged ring-leader of a drug operation, is an elected member of the Kauai County Council on the island of Kauai.

A federal indictment alleges that Council member, Arthur Brun, aka Ata, along with Maluelue Umu, aka Malu, and the other co-defendants conspired to distribute methamphetamine. The Indictment also charges substantive drug trafficking offenses, an assault on a federal law enforcement officer, witness tampering, evidence tampering, and firearm offenses.

Federal and state officials announced the charges in a news conference Friday morning in Kauai, while the defendants were arraigned in the afternoon at the federal court in Honolulu. The defendants entered not guilty pleas and court hearings are set in the coming days on bail issues.

Prosecutors allege that Brun ran this drug trafficking conspiracy while, at the same time, serving as an elected member of the Kauai County Council. One of Brun’s suppliers of methamphetamine was Umu, who was a “shot caller,” or leader, of the United Samoan Organization (USO), a gang that operates both inside and outside of the Hawaii prison system.

Brun and Umu are among the defendants that federal prosecutors have asked the court to hold without bail.

For Umu, who is charged with two-drug related offense, prosecutors with the US Justice Department claimed in court documents that the 50-year old defendant, used his leadership position in the USO gang “to threaten violence when it served his criminal interests.”

Link here to the report from Honolulu Civil Beat on Brun — who prosecutors allege requested sexual favors as payment for drugs.