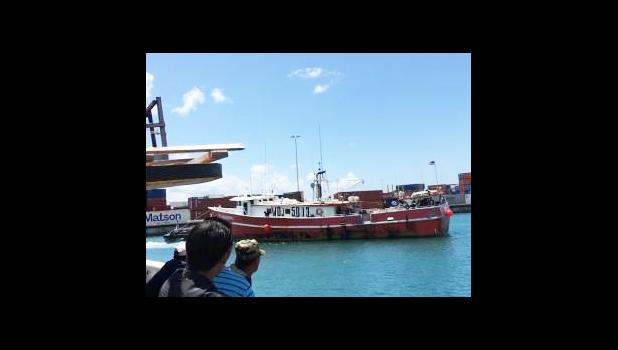 HONOLULU (HawaiiNewsNow) - The owners of a 25-vessel fleet of Honolulu longliners have agreed to pay $475,000 in fines and make anti-pollution improvements to all their boats.

The U.S. Attorney for Hawaii announced the partial settlement Friday, while filing a complaint that says one of the vessels, the 91-foot "Jaxon T," was routinely pumping oily bilge water overboard during its fishing expeditions in Hawaiian waters.

The Coast Guard boarded the Jaxon T in March of last year in Honolulu Harbor after it arrived from a 20-day sailing. Inspectors found a water pump leading to a hose which hung over the boat's rail. The bilges had been emptied, indicating that the dirty water had been dumped overboard.

Bilges are designed to catch water that comes on board or is generated by melting ice. In the Jaxon T, the Coast Guard found the water from melted ice flowed through engine compartments and carried oil and other pollutants into the bilges. The vessel also did not have equipment to separate the oil from the water.