Would you support the Fono revisiting American Samoa drug laws in relation to marijuana (THC) and CBD?
Yes to both marijuana and CBD
70%
No to both
16%
Yes to marijuana, No to CBD
7%
Yes to CBD, No to marijuana
7%
Total votes: 621
Home 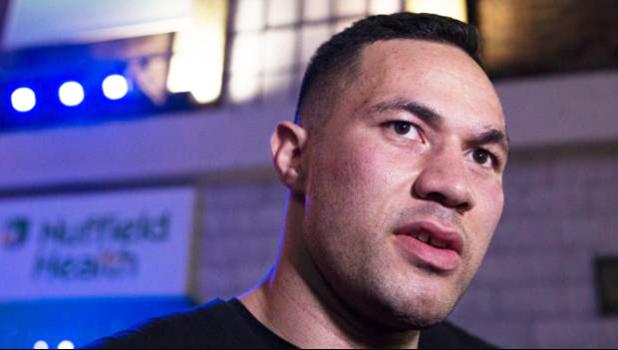 New Zealand boxing star Joseph Parker has revealed how eating a raw fish in Samoa left him paralysed and fearing for his fighting future.

WBO champion Parker takes on WBA and IBF champion Anthony Joshua in Cardiff on March 31 as the heavyweight division works towards finding one true ruler.

The big Kiwi has been doing the media rounds in London this week and a lengthy feature on the 26-year-old centred on his love of fishing.

But it also unearthed how Parker's habit of literally eating fish straight off the hook almost backfired on him.

He told the Daily Mail that on one of his many trips back to his parents homeland of Samoa he ate a fish raw, against the advice of those around him, and was left paralysed for three days fearing his career was over.

Parker didn't elaborate but recalled another tale of being on a fishing boat in Auckland with American tourists and devouring a fish straight after he caught it.

"They looked at me like I was a weirdo," Parker chuckled.

Now he's poised for a massive payday, cashing in on the lucrative British boxing scene.

The pair have long been social media friends and last year built on that as Parker fought Fury's cousin Hughie.

Photos of Parker and Tyson Fury partying after the Kiwi's win went viral.

"He's so fun, relaxed, chilled and cool to hang out with," Parker said.