With Samoa allowing flights into the country for citizens stranded in N.Z and easing stay at home rules, I think America Samoa should ...
Do the same
35%
Only ease stay at home rules
13%
Keep things the way they are
52%
Total votes: 121
Home

"It is unbelievable, what (Samoa) Government is doing to our families" 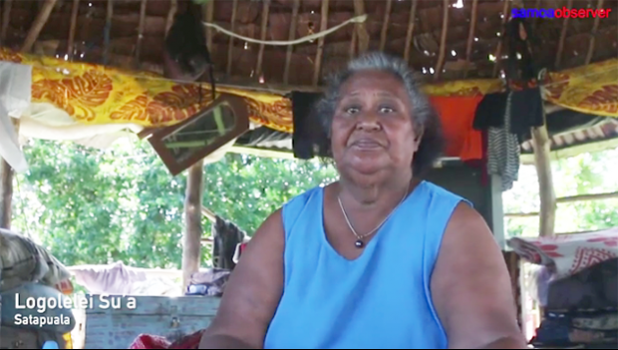 Satapuala, SAMOA — A Satapuala resident has questioned the legality of the 1983 agreement signed between the Government and their family chief, the late Toalepaialii Toeolesulusulu Siueva.

The agreement concerns the Satapuala land, which the Government plans to extend the Faleolo International Airport runway across.

“He is our Chief but he cannot sign for us, we were not even aware of any agreement between the government and our Chief,” Logolelei Su’a said.

“Even the land that has been allocated for us, it’s very small and it’s not the same with the land they are taking from us.”

The 64-year-old mother said her 11 children and more than 50 grandchildren all grew up on that land.

“I am not leaving my house, I should have been told by the Government and our Chief about the agreement.

“It is true that he was our Chief, but the Government should have done their due diligence and informed us about the agreement.

“So I am not moving and I will not let the Government relocate us from a place where we’ve lived most of our lives.

“Samoans treasure their lands and Chiefly titles and why would we agree to relocate when this is our land, our inheritance from our ancestors.

“We will not leave, this land is rightly ours.

“And until I see an eviction order from the Court, I will never move from here,” she told the Sunday Samoan.

Su’a also took issue with the fact that their family received $1,700 for all four faleoo’s and one guest house.

“They gave my daughter their value assessment of our homes, which is $1,700.

“It is unbelievable, what this Government is doing to our families, relocating us and giving us peanuts?