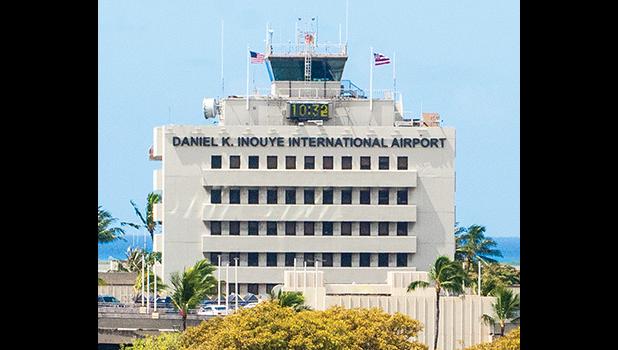 Honolulu, HAWAII — With travelers from around the world visiting Hawaii, the state is boosting efforts to sanitize airports amid concerns about the coronavirus outbreak.

“There are 58,000 people or so, on average, that come and go through (Honolulu) airport alone on any given day. That’s a lot of people, touching a lot of things,” said state DOT spokesman Tim Sakahara.

“The janitor staff does a very good job trying to go through and clean as much as possible.”

Evelyn Meyers has been part of the janitorial team at Honolulu's airport for nearly two decades.

The custodial crew cleans 24/7, with roughly 35 people working during each of the eight-hour shifts.

Even before the new coronavirus threat, their carts were equipped with face masks, gloves, goggles and disinfectants. They wipe down and sanitize frequently-touched surfaces.

"Escalators, elevators, stairwell railings, chairs, anything they basically touch is what we sanitize," said Meyers.

Restrooms are also cleaned from top to bottom.