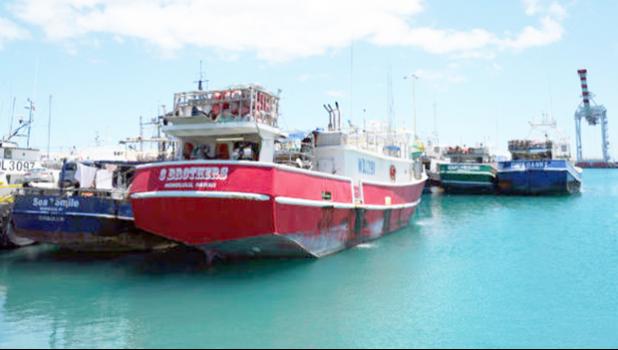 Source: Honolulu Civil Beat
A lack of demand means lower prices and less incentive for Hawaii’s longline fleet, which is struggling to survive during a global pandemic.

WASHINGTON — For the past three months, much of Hawaii’s longline fishing fleet, the one that normally stocks the state’s markets and restaurants with fresh poke, ruby red ahi and slabs of swordfish, has been tied up in port as the coronavirus ravages the islands’ economy.

With tourism all but shut down due to Hawaii Gov. David Ige’s 14-day quarantine and restaurant service reduced to takeout for social distancing purposes, there’s less demand for fish.

Prices have dwindled to the point where going out on the water can be more expensive for fishermen than the price of the catch coming in.

State and federal governments have done little to help out, despite the fact that fish are a critical source of protein for the islands’ residents.

“We are the largest food producing industry in the state by a tremendous margin,” said Michael Goto, who’s the auction manager for United Fishing Agency in Honolulu. “If we saw a complete shutdown of fishing effort that would be devastating.”

Goto, in addition to running the Honolulu fish auction, is on the board of the Western Pacific Regional Fishery Management Council, or Wespac, the quasi-governmental agency that oversees the fish stock from Hawaii to American Samoa, Guam and the Northern Mariana Islands.

He said it was important for the Honolulu fish auction to stay open to give fishermen an outlet to keep making money and ensure that local grocers could get food to the community.

Still, the longline fleet, which represents 90% of the commercial fish landings in Hawaii, is suffering, Goto said.

“Like most industries nobody is making any profit right now,” Goto said. “Everybody is just scraping through.”

When Congress passed the $2.2 trillion Coronavirus Aid, Relief, and Economic Security Act in March there was $300 million set aside for fisheries assistance.

It took more than a month for U.S. Secretary of Commerce Wilbur Ross to announce how the money would be split, and when he finally did Hawaii fishermen learned they would only be eligible for $4.3 million despite the fact that Honolulu Harbor is considered one of the top fishing ports in the country with an estimated dockside landed-value of more than $100 million.

The state Department of Land and Natural Resources will be in charge of disbursing the $4.3 million in federal funds to Hawaii’s fishermen, but has yet to do so.