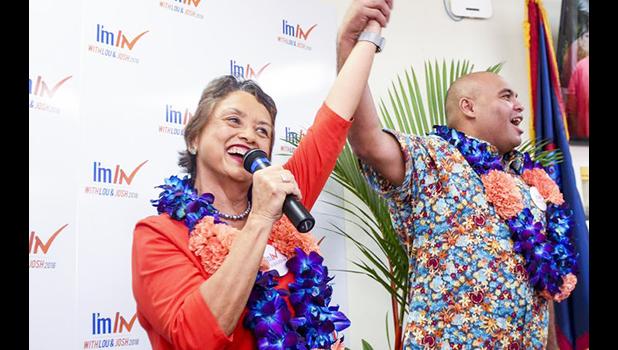 Unofficial results released on Wednesday morning showed an overwhelming lead for Ms Leon Guerrero and her running mate, Joshua Tenorio, who both ran for the Democratic Party.

The Guam Daily Post reported their nearest competition was down by nearly 9,000 votes.

Guam's legislature will also be majority female, with 10 out of 15 senators elected being women.