Got 'Zoom fatigue’ from working or going to class at home? 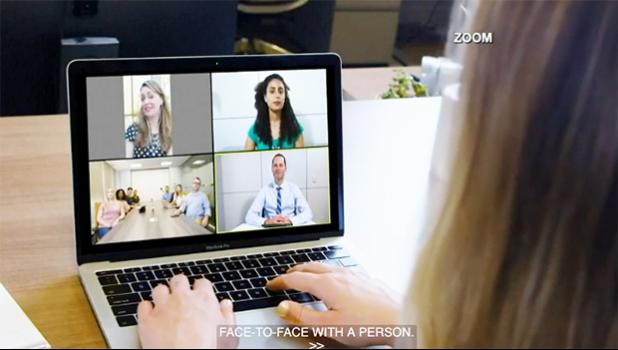 Honolulu, HAWAII — As people deal with stress from the pandemic, many are also experiencing so-called "Zoom fatigue."

Employees working from home and students doing online learning may have a tough time adjusting to the sudden increase in screen time.

“It really is a lot more mentally draining, and a big reason for that is our brain is not getting the same kinds of non-verbal cues that we would typically pick up on when we’re actually sitting face to face with a person,” said Dr. Heather Goff, a child and adolescent psychiatrist at Kaiser Permanente.

Goff suggest building in breaks. Other tips include covering your own face on the screen and limiting distractions such as cell phones.

"As much as we can, kind of keep things to a shorter duration or fewer Zoom meetings. It's okay to go back to using the telephone sometimes if we need to," said Goff.

Staring at the screen can also lead to dry eyes, headaches, or occasional blurriness.

"We have definitely seen an uptick in people who are having this eye strain and coming in basically as urgent patients saying, 'Something is wrong with my eyes,'" said Dr. James Pitts, an eye surgeon at Hawaiian Eye Center.

Pitts recommends monitoring your usage and making sure to look away from the screen at regular intervals.
Read more at Hawaii News Now

‘Zoom fatigue’ is taxing the brain. Here's why that happens.

So many people are reporting fatigue from excessive time online that it’s earned its own slang term, Zoom fatigue, though this exhaustion also applies if you’re using Google Hangouts, Skype, FaceTime, or any other video-calling interface. The unprecedented explosion of their use in response to the pandemic has launched an unofficial social experiment, showing at a population scale what’s always been true: virtual interactions can be extremely hard on the brain

“There's a lot of research that shows we actually really struggle with this,” says Andrew Franklin, an assistant professor of cyberpsychology at Virginia’s Norfolk State University. He thinks people may be surprised at how difficult they’re finding video calls given that the medium seems neatly confined to a small screen and presents few obvious distractions.

Humans communicate even when they’re quiet. During an in-person conversation, the brain focuses partly on the words being spoken, but it also derives additional meaning from dozens of non-verbal cues, such as whether someone is facing you or slightly turned away, if they’re fidgeting while you talk, or if they inhale quickly in preparation to interrupt.

These cues help paint a holistic picture of what is being conveyed and what’s expected in response from the listener. Since humans evolved as social animals, perceiving these cues comes naturally to most of us, takes little conscious effort to parse, and can lay the groundwork for emotional intimacy.

However, a typical video call impairs these ingrained abilities, and requires sustained and intense attention to words instead. If a person is framed only from the shoulders up, the possibility of viewing hand gestures or other body language is eliminated. If the video quality is poor, any hope of gleaning something from minute facial expressions is dashed.

“For somebody who’s really dependent on those non-verbal cues, it can be a big drain not to have them,” Franklin says. Prolonged eye contact has become the strongest facial cue readily available, and it can feel threatening or overly intimate if held too long.

On the whole, video chatting has allowed human connections to flourish in ways that would have been impossible just a few years ago. These tools enable us to maintain long-distance relationships, connect workrooms remotely, and even now, in spite of the mental exhaustion they can generate, foster some sense of togetherness during a pandemic.

It’s even possible Zoom fatigue will abate once people learn to navigate the mental tangle video chatting can cause. If you’re feeling self-conscious or overstimulated, Normand recommends you turn off your camera. Save your energy for when you absolutely want to perceive the few non-verbal cues that do come through, such as during the taxing chats with people you don’t know very well, or for when you want the warm fuzzies you get from seeing someone you love. Or if it’s a work meeting that can be done by phone, try walking at the same time.