Fiji 'miracle baby' out of hospital as sorcery rumours abound 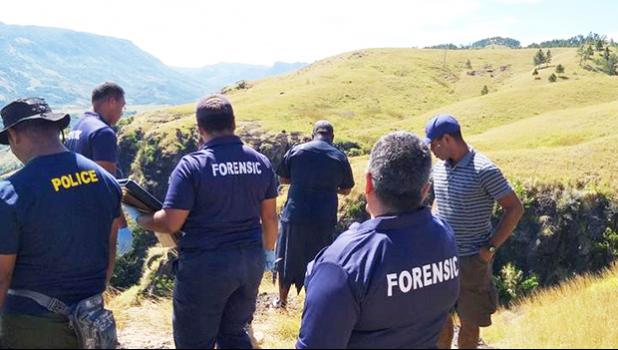 Suva, FIJI — Fiji's so-called 'miracle baby', found 10 days ago crawling at the top of a cliff near five dead family members, has now been discharged from Lautoka Hospital.

Fiji Times journalist Felix Chaudhary said the baby, who survived in the open for at least a day, was recovering well.

However, Mr Chaudhary said the extended family and community remained on edge with rumours of sorcery swirling.

Two New Zealand residents have been questioned by police in relation to the deaths and barred from leaving the country, although no charges have been laid.

The journalist had spoken to the father of two of the deceased and said the man was not aware those questions were reputedly faith healers.

The father said his family had consulted faith healers in the past, Mr Chaudhary said.

"Some people refer to them as witchdoctors, some others refer to them as religious healers. So, he said the family did go to visit a few of them during the period that he was living wtih them," he said

"And as far as this person of interest being a witchdoctor, he's not aware of that. He said he does know him as a business man and that's about it.

Mr Chaudary said the deaths had frigtened the community in the Nausori Highlands.