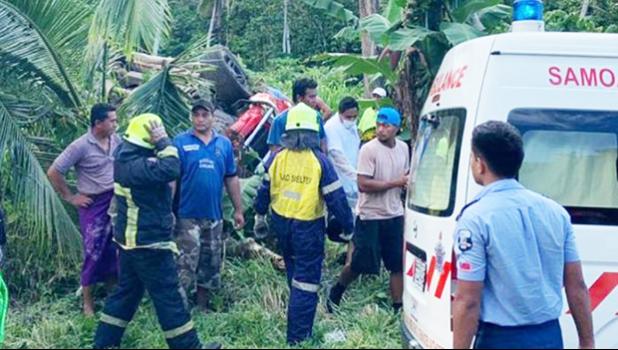 Pago Pago, AMERICAN SAMOA — The Fire and Emergency Services as well as the Samoa Police responded to a fatal car accident which has claimed the life of a passenger and left 3 more with serious injuries at Motootua hospital.

Captain Christian Tooala who had driven past the scene soon after the accident told Samoa Global News that one of the passengers, a young man, died at the scene while the other three looked to have sustained serious injuries.

The Fire and Emergency Services Authority said they attended to the injured who had been passengers in a red Ford Ranger pick up truck.

Liaina Anamaria Lei’a who lives nearby the crash site said there were four people in the red Ford Ranger while the driver of the white Toyota was alone.

“The people in the red pick up didn’t look so good.”