Distraught parents taking kids with measles out of hospitals in Samoa 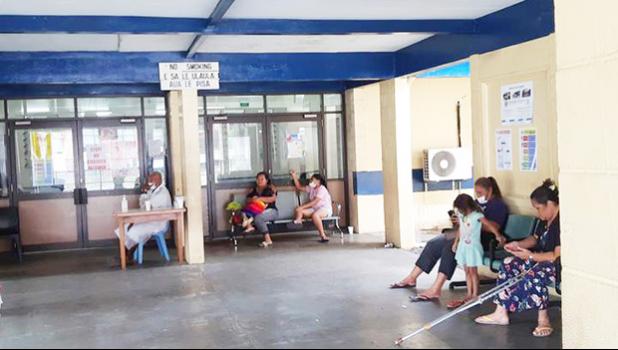 Apia, SAMOA — Some parents of children with measles in Samoa appear to be panicking over the care their infants are receiving, with at least three families reportedly taking their children out of hospital against medical advice.

New Zealand Red Cross nurse Karen Page, who has been based in Apia assisting with the measles epidemic for the past two weeks, said she had heard reports of three families discharging their children in more than one location.

In some cases the families returned to hospital several days later when their children's health had seriously deteriorated, Ms Page said.

"We also went to the hospital west of Apia where the New Zealand Medical Assistance Team are working and one of the Samoan doctors there told us exactly the same thing - it's the young mothers, the young parents - that are taking their kids out to access traditional healers," she said.

"And it's just a shame, a real shame that's happening."

Ms Page said she and her colleagues had not come across any 'anti-vaxxers' in Samoa.

"Some of us have been going door to door as part of the mobile vaccination thing. No one, not one person, has declined.

"We get the odd person who is scared of the needle, which you do everywhere, and they take a lot of convincing."

Ms Page said it would take at least two weeks for the two day mass vaccination effort to have a significant impact.

The measles vaccine can take about two weeks to provide immunity to the disease.

The death toll from Samoa's measles epidemic has reached 70, with two deaths recorded in the past 24 hours.

It's the 13th day the death toll has risen, and 61 of the dead are children aged four years or younger.

Samoa's government said on Sunday it had vaccinated about 90 percent of the population.

Meanwhile, the Coalition for Human Rights has cancelled its Human Rights Day March scheduled for 10 December in Suva because of the outbreak.

The march has been an annual fixture marking the adoption of the Universal Declaration of Human Rights in 1948.

The coalition is planning alternate activities for the day.