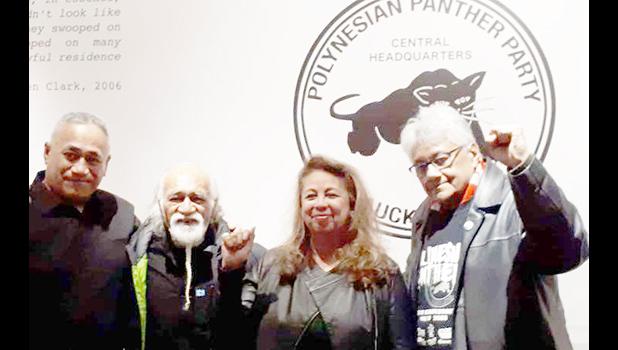 Auckland, NEW ZEALAND — A Pacific social justice movement is calling on the New Zealand government to formally apologize for the Dawn Raids of the 1970s.

The Labour and then National governments of the time authorised police raids on Pasifika homes and work places, to check for overstayers; even churches and schools were not taboo.

This practice had followed a boom period where migration was encouraged to New Zealand from the Pacific to fill labor shortages.

When the economy declined it was the Pasifika community that became a political scapegoat for a lot of the social ails that followed.

In the midst of all this the Polynesian Panthers evolved from a need for Pacific migrants to have representation when the government, and sections of the media, seemingly turned their back on them.

The Polynesian Panthers now want a government apology for the race-based Dawn Raids.

During the Dawn Raids police used a policy of "random checks" to stop Pacific people and an "idle and disorderly" charge to detain them even when no crime was committed.

One of the Polynesian Panther's founding members, Will 'Ilolahia, said the Dawn Raids marked a dark time for the Pasifika community.

"It was harrowing to hear our community coming and telling us about all these issues and then some of my friends and that were picked up on the road even though they were actually New Zealand-born Pacific Islanders. And so the call for an apology I think is long overdue."

The call went out during a public kōrero on the Dawn Raids at the Auckland Arts Festival.

He's pledged to write weekly to the Prime Minister, Jacinda Ardern, asking for her to honor the call for an apology.

He said his heart drove him to respond and he was asking others to join the call.

He said it was a privilege to amplify the voices of those no longer here to tell their stories.

"But thankfully we have [some of] the Panthers who are still here with us. Some of them are still here who can remind our country of what's happened and that we can do more to remedy and to set out the future that Aotearoa needs."

Tualamali'i said young Pasifika were learning about what was a dire part of New Zealand history despite a lack of coverage in school curricula.

He said universities, churches and Pacific youth clubs helped spread the story but the Polynesian Panthers had been the driver.

"More of the story's being told online and particularly the exhibition that the Panthers have been going around Aotearoa with and the books they've been writing is a huge part of that.

"They've put the effort in to tell the story and I suppose, in a small way, our generation is trying to honour what they've told us," Tualamali'i said.

He hoped others of his generation would also write to the prime minister and express how they felt about the Dawn Raids and also ask for a formal apology.

Meanwhile Will 'Ilolahia said one way the government could show they were genuinely sorry was by opening up pathways for 10,000 Pacific people currently overstaying in Aotearoa.

"I would suggest that the government in their apology for the Dawn Raids provide a pathway for residence for the present overstayers here in Aotearoa.

"That will be a meaningful apology, rather than being just a 'I'm sorry'."

'Ilolahia was also part of an Auckland Tongan Advisory group which helped put together a petition which was delivered to Parliament last year calling on better channels towards residency for such people.

The petition was scheduled to go before a Select Committee this month.

'Illolahia said the overstayers represented by petition were contributing members of society.

"They are working on farms. One particular lady is sewing Korowai. You can't tell me that these people are not contributing to Aotearoa."

'Ilolahia also said the people were unprotected because of their status, meaning some were being taken advantage of by being paid minimal rates and working under bad conditions.

RNZ Pacific approached the government for a response to the call for an apology.

The prime minister's office referred the matter to the Minister for Pacific Peoples, Aupito William Sio.

Aupito ruled nothing out and in a statement said: "I have been approached regarding a formal apology from the government for the Dawn Raids.

"I am now receiving advice on this and at this stage it would be inappropriate to comment further due to these ongoing discussions."

Meanwhile, both Tualamali'i and 'Ilolahia will continue their fight for an acknowledgement for what they regarded as a great evil that had occurred to many Pacific families.