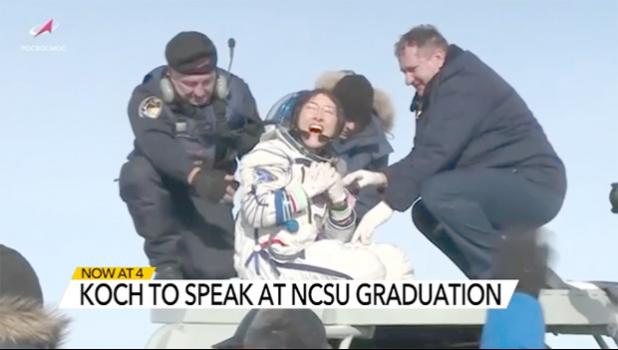 N.C. State Chancellor Randy Woodson will confer an honorary degree on Koch during the virtual event.

This year Koch set the record for the longest single space flight by a woman and participated in the first all-female spacewalk. She's a Michigan native who grew up in Jacksonville and attended that North Carolina School of Science and Mathematics.

Before becoming an astronaut, Koch held roles in remote scientific field engineering, which took her to American Samoa, Antarctica, Alaska and Greenland, and in space science instrument development. Her roles included work as an electrical engineer at the NASA Goddard Space Flight Center Laboratory for High Energy Astrophysics and as a research associate for the U.S. Antarctic Program.