Assistant Secretary Domenech to travel to Hawai’i, Guam, and Palau 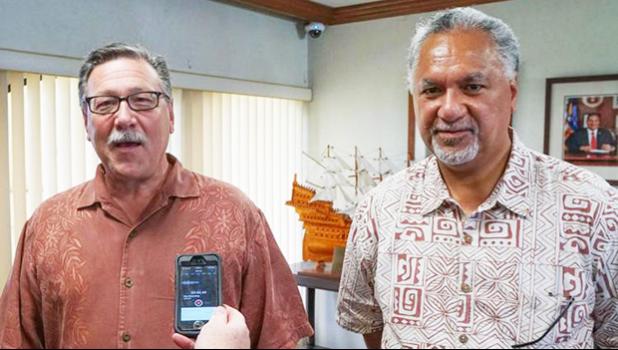 Washington, D.C. — U.S. Interior Assistant Secretary Doug Domenech will be traveling this week to Hawai’i for meetings on Compact of Free Association funding for the Federated States of Micronesia (FSM) and the Republic of the Marshall Islands (RMI). The following week he will travel to Guam and also to the Republic of Palau to co-chair the annual meeting of the U.S. Coral Reef Task Force.

“I look forward to having productive meetings in each area and advancing issues of importance related to Compact funding for the Federated States of Micronesia and the Marshall Islands,” said Assistant Secretary Domenech. “Likewise, I look forward to meetings on Guam and discussions in Palau related to coral reef management and preservation with all the stakeholders in the federal government, at the state and territory government level, and with the freely associated states,” Domenech concluded.

In Hawai’i, Domenech will be attending the Joint Economic Meetings (JEM) with the Federated States of Micronesia (FSM) and the Republic of the Marshall Islands (RMI). The Joint Economic Management Committees oversee and review the use of funding provided under the Compact of Free Association to the FSM and the RMI. At this year’s meeting, the JEM Committees will be determining approximately $115 million of financial assistance for the FSM and RMI governments to be allocated primarily among the health, education, and infrastructure sectors for fiscal year 2020.

Following the Joint Economic Meetings, Domenech will also attend the annual committee meetings of the Compact Trust Funds for the Peoples of the FSM and the RMI.

While on Guam, Domenech will meet with members of the Guam Chamber of Commerce and visit the U.S. Fish and Wildlife Service Guam National Wildlife Refuge at Ritidian Point. Domenech will also pay a courtesy visit on Rear Admiral John Menoni, the new commander of Joint Region Marianas. Menoni also holds the roles of Senior Military Official for Guam, the Commonwealth of the Northern Mariana Islands, the Federated States of Micronesia, and the Republic of Palau; Commander, U.S. Naval Forces Marianas; and Commander, Task Force West.

For the week beginning September 9, Assistant Secretary Domenech will travel to Palau where he will co-chair the 42nd annual U.S. Coral Reef Task Force meeting.

The U.S. Coral Reef Task Force was established in 1998 by Presidential Executive Order to lead U.S. efforts to preserve and protect coral reef ecosystems and includes leaders of 12 federal agencies, seven U.S. states, territories, and commonwealths, and the freely associated states. Palau President Tommy Remengesau, Jr. will be the official host of the U.S. Coral Reef Task Force which last met in Palau in 2005.