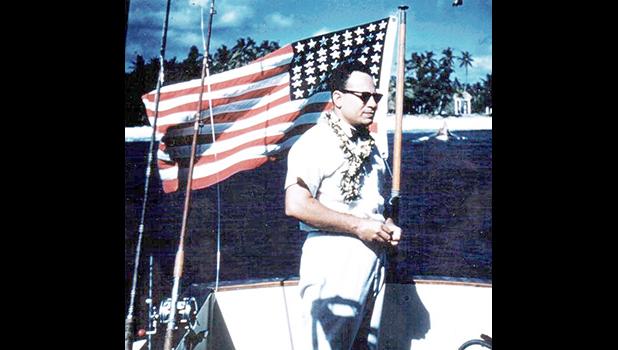 Washington, D.C. — Aumua Amata announced she is co-sponsoring the effort to protect the U.S. flag through a Constitutional amendment.

“In American Samoa, we have a very high rate of military service, and we all have friends and family serving under the flag somewhere,” said Aumua Amata. “We also have a large population of veterans. My father served in the Pacific in World War II, including surviving the attacks on Oahu and Pearl Harbor, while I had brothers serving in the Vietnam era. So many families in American Samoa have a tradition of service, and we all take special pride in these family members.”

Congresswoman Amata is supporting H.J. Res. 65, which is a joint resolution proposing an amendment to the Constitution that would restore to Congress the authority to protect the flag from acts of physical desecration.

“Prior to 1989, respect of the flag was broadly understood and supported, and the flag was protected by law in 48 states,” continued Congresswoman Amata. “Court rulings have removed that protection, so the only way to restore the flag’s protected status is a constitutional amendment.”

The Resolution was introduced in Congress by Congressman Steve Womack (R-AR) and other original co-sponsors on June 14, which is the National Flag Day commemoration of the adoption of the U.S. flag by the Continental Congress on June 14, 1777.