Son of Samoa shares his story and hopes for future generations 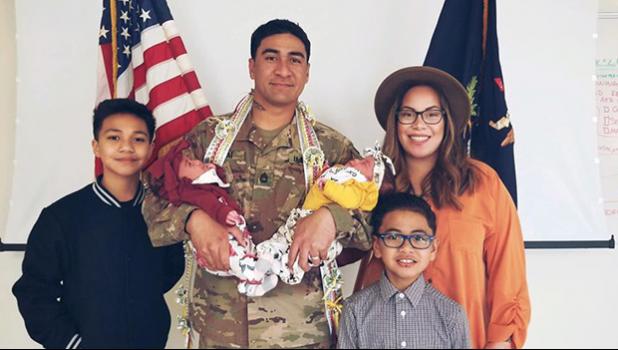 Mumaina told Samoa News he has been on 3 combat tours (Iraq and twice to Afghanistan); been stationed in Hawaii, Washington, Kentucky and currently serving in Georgia as a Infantry Drill Sergeant and Infantry Officer Instructor.

The proud a son of American Samoa is pictured with his wife Christianna Sappa Lagai from Aua and Faga’alu, their sons Shadrach and Tusialofa, and newly born twins Ziyah and Zayda.
“God willing this helps out and motivates younger generations to serve and hope you guys have a blessed day!” he said.