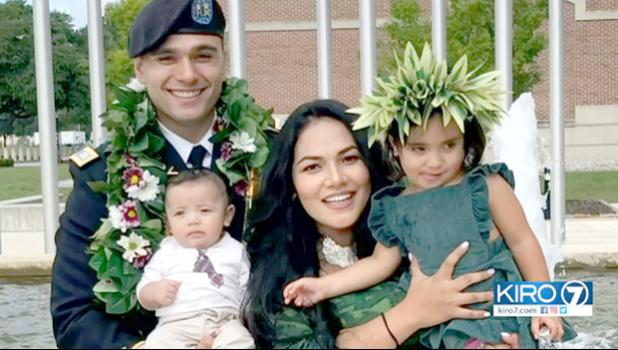 Joint Base Lewis-McChord. WASHINGTON — In honor of both Asian American Pacific Islander Heritage and Military Appreciation Month, media around the country is recognizing the contributions made by the AAPI community who choose to serve our country — including KIRO TV in Seattle, Washington.

This week they honored Captain Jordan Scanlan — a company commander stationed at Joint Base Lewis-McChord.

Born and raised in American Samoa, Scanlan knew from a young age he wanted to be in the Army. The decision to enlist is shared by many in Samoan communities.

“It was a common thing we say on the island, you know there are only two ways to get off the rock, you are either going to be in the NFL or you are going to join the military,” said Scanlan.

American Samoa’s Army recruiting station is ranked No. 1 out of more than 800 stations. With a population of about 46,000 people, it has the highest poverty rate of any state or territory in the United States. The Army provides an opportunity to support their families financially.

Scanlan joined the Army 11 years ago, and he has family and friends spread across the military bases, a connection that is comforting for Scanlan’s wife Niva and their two young children.

“We get really excited just to see a Samoan flag or a flower in someone’s hair, we know right away it’s a Polynesian and we get to pull down our window and wave. We get really excited, it’s like seeing your best friend, basically, but you don’t know who they are; you just know they are Polynesian,” said Niva Moleni-Scanlan.

The desire to serve is a generations-old practice in the territory of the Pacific islands. Scanlan is proud to carry on this tradition.

“There’s a saying in our culture, “Malie toa, malie tau” which basically just translates to “good warrior good fight,” or “proud warrior proud fighter,” or ‘brave warrior.” There are a few ways to translate it, and that type of saying stems from we have really warrior culture, we’ve been fighting forever, it is deeply ingrained in who we are,” said Scanlan.

Read more and see the full interview, at KIRO 7