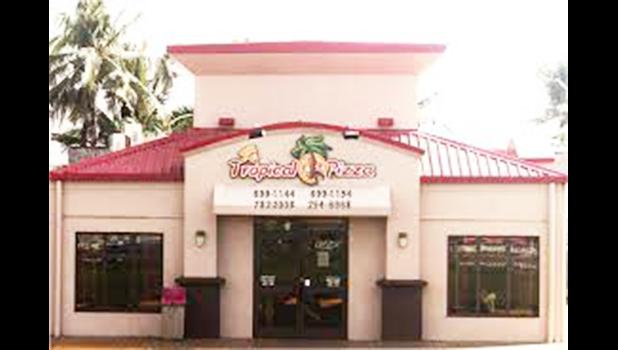 Pago Pago, AMERICAN SAMOA — A woman accused of passing bad checks at several restaurants and at least one store is now in custody after she was arrested two weeks ago.

Leataata Poufa made her initial appearance in District at that time.

She is charged with one count of passing bad checks; one count of attempted passing bad checks; and 4 counts of stealing, all class C felonies, punishable by a term of imprisonment of up to seven years, a fine of $5,000, or pursuant to A.S.CA. a fine equal to twice the amount of gain from the commission of said crime, up to a maximum of $20,000, or both such fine and imprisonment.

On the afternoon of Aug. 24th, 2021, a representative from the Tropical Pizza (T.P) walked in to the Tafuna Police Substation (TPS) to file a complaint against Leataata Poufa who attempted to purchase food with a ‘used’ check at the pizza restaurant. The representative met up with officers and was interviewed about the matter.

According to the T.P representative, Poufa placed an order to T.P and Poufa gave them a personal check for $125. On the check, parts of it had been whited out and it was already stamped on the back of the check.

They asked her about it and she mentioned that her aunt gave it to her. Furthermore, there were multiple signatures on the check. They held back her order and didn’t accept the check Poufa gave them.

Investigators questioned the T.P manager and she confirmed that they received a check from Poufa when she came to place an order.

A check of $87.95 was accepted by the T.P supervisor and Poufa received her food plus change in an amount of roughly $40.

The cashier stated that Poufa came in around 11a.m to place an order asking if they accept personal checks.

The cashier went with the check and asker her supervisor if they accept those kinds of personal checks. The supervisor took a quick look at the back and front and accepted it.

Investigators interviewed the T.P manager where she stated that Poufa came in around 11:38 again to place another order. The manager stated that this time, the check she gave them was $100.54 for an order amounting to roughly $35.

The manger took a look at the check and asked her why the check was whited out and already signed?  Poufa didn’t say much but told them that she’s going to go get something from her car then come back. Poufa left and never came back.

On Aug. 25th at about 4:30p.m, a businesswoman walked in to the TPS to file a complaint against Poufa for passing a bad check at her store.

The businesswoman told investigators that she is the owner of the Jade Restaurant in Nuuuli and that Poufa walked in to place an order at her restaurant. Poufa gave her a check for $108.51 and paid for her order that cost $20 plus. The owner of the restaurant gave her change of $70.

The restaurant owner also stated that she thought that Poufa looked so innocent which is why she accepted the check. But when she went to the Territorial Bank of American Samoa (TBAS) to cash the check, the clerks at the bank told her that the checking account didn’t exist.

Two days later on Aug. 27th, another business owner walked into the TPS to file a complaint against Poufa. This time, it was the owner of Nina’s Restaurant. She told investigators that Poufa purchased food from her restaurant using a bad check.

The owner also stated to investigators that Poufa went and then came back to purchase another order in the amount of roughly $75. This time, Poufa came with a check of $200 plus and placed an order using this check. The owner didn’t accept the check and told her that the check had already been used.

On the afternoon of the same date, Aug. 27th, investigators contacted Poufa’s mother and informed her about what her daughter was doing. Later on that afternoon, Poufa and her mother walked into the TPS and met up with investigators regarding the alleged crime.

Before Poufa was interviewed, she was Mirandized where she stated that she understood her rights and she refused to make a statement to investigators.

On Aug. 31st, a storeowner walked into the TPS to file a complaint against Poufa. He was the owner of the Samoa Lelei Mart. He went to the TPS with a check in his possession that was cashed at his store. Due to the language barrier the victim requested that the investigator write his statement for him.

The victim provided a video surveillance tape and the female was identified by investigators as Leataata Poufa, the defendant in this matter.

Poufa appeared in District Court again last week for her preliminary examination (PX) election. When her case was called, her defense attorney, Public Defender, Michael White informed the court that Poufa wished to waive her rights to a PX and let the case be bound over to the High Court.

Poufa appeared in High Court last Friday where she entered a not guilty plea to all the charges against her.

Her pretrial conference is Dec. 12th.