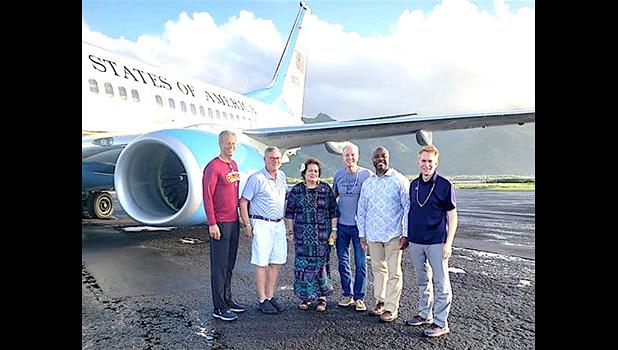 “This action provides another eight weeks 100 percent Medicaid funding,” said Aumua Amata. “The President has already expressed his support for this bill. In discussing American Samoa’s needs in August with Senate Majority Whip John Thune, Senator Tim Scott, Senator Richard Burr, Senator Jerry Moran, and Senator James Lankford, I stressed the need for continued Gita aid, and I thank them for hearing me out.”

This extension in Medicaid assistance is part of a Continuing Resolution funding the federal government beyond the end of the fiscal year, September 30, 2019. The Continuing Appropriations Act, 2020, and Health Extenders Act of 2019, provides that the prior Medicaid assistance for the Territory should continue an additional eight weeks. Storm Gita-related Medicaid assistance was passed earlier this year in major disaster relief legislation along with Congresswoman Amata’s amendments to include $18 million in Nutrition assistance.

“The current 100 percent Medicaid assistance has already freed up millions of dollars this year in funding that otherwise would have been part of the Territory’s 45 percent standard share,” continued Congresswoman Amata. “I continue to work for long term Medicaid changes for the Territories that could be a significant improvement over that traditional 45 percent match requirement for the Territory.”

In July, the House Energy and Commerce Committee passed major long term Medicaid assistance for the territories, an ongoing effort. Congresswoman Amata participated in bipartisan development of that effort, and was an original cosponsor of the Territories Health Care Improvement Act, H.R. 3631. That bill became part of a larger bill that she also cosponsored: H.R. 2328, The Community Health Investment, Modernization, and Excellence Act.

“We continue to have good news for health care for our people and our territory’s finances through these efforts in Washington to add to our federal Medicaid assistance,” concluded Amata. “Thank you to Governor Lolo and the respective teams from the other territories as we work together on Medicaid support.”