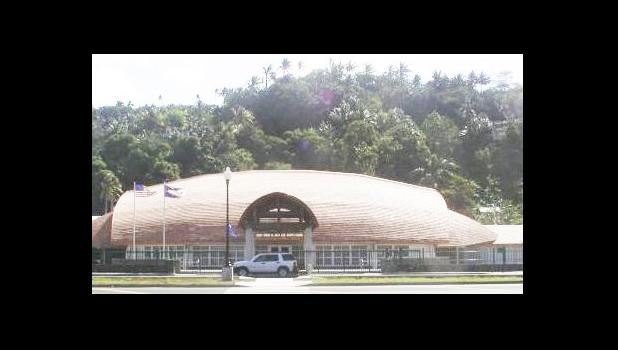 Pago Pago, AMERICAN SAMOA — A Samoa News archive photo of the Gov. H. Rex Lee Auditorium, for which upgrades and rehabilitation started earlier this month on August 5th, as part of an extensive — and much needed — makeover.

A total of three contractors — one has 2 of the contracts — have been awarded separate contracts for the project, funded by the Community Development Block Grant (CDBG), administered by the Commerce Department.

He also provided the “work breakdown” — a list of the three companies who have the contracts for the project; the contract amounts; and the sections for upgrades:

Lafaele told Samoa News that the demand for the Lee Auditorium to host meetings, funerals, weddings, concerts, exhibitions, church events etc., “is high, so we'd like to maintain and sustain this landmark building for the community.”

The House of Representatives has been using the auditorium’s North Wing — it faces KVZK-TV and the main Education Department building — since the old Fono building was demolished more than a year ago.  The North Wing is not part of the upgrade.

The last time the Fale Laumei underwent a major renovation and upgrade was back in 2009, using federal funds.