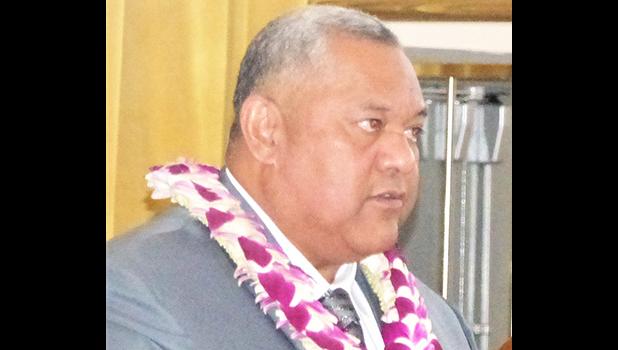 “$600 per adult and child will bring added relief …”
By
Fili Sagapolutele
fili@samoanews.com

“Based on our local filers from the first EIP, a disbursement of over $23 million is proposed and will be forthcoming once approved,” the governor revealed in his official written English version of the State of the Territory Address.

He declared that the ASG Treasury will provide updates and information to ensure the deployment is timely and coordinated efforts are synchronized.

The second EIP is included in provisions of the federal Consolidated Appropriations Act of 2021 and the governor said in his address that American Samoa along with the US are fortunate with passage of this Act.

He noted that the immediate benefit of this federal law for local residents is the EIP and the “approved disbursement of $600 per adult and child will bring added relief into the hands of our people and economy.”

Under the first EIP last year, ASG submitted its distribution and implementation plan to the US Treasury for approval and the first advance allocation of $29 million was allocated to American Samoa. ASG send out stimulus checks to all eligible taxpayers and the IRS said this will be the same process for the second EIP — meaning the local tax authorities will issue the $600 to eligible tax filers.

Another economic benefit mentioned by Lemanu during his address delivered in Samoan and also mentioned in the written version is that the tax filing season is approaching and “we are expecting another round of tax refunds payments to be happening simultaneously” with the second stimulus checks.

He said the tax filing seasons will keep ASG Treasury and Tax Office busy, pointing out that this is a good type of busy, as it will put money in the hands of local residents.

Lemanu also said that the ASG Commerce Department will be implementing numerous economic development projects under the federal CARES Act funding to include $2.5 million, $2 million revolving fund with the Territorial Bank of American Samoa, the American Samoa Territorial Broadband Strategy and an additional $4.4 million for the super-alia commercial fishing workforce development and economic diversification.

Another federal economic benefit cited by the governor is that the US Housing and Urban Development (HUD) published allocations that include American Samoa for the Community Development Block Grant-Mitigation (CDBG-MIT) funding at $1.47 million.

This new grant is tied to the $23 million allocation for Community Development Block Grant — Disaster Recovery (CDBG-DR) for Tropical Storm Gita in 2018 “to assist our people and infrastructure,” the governor said.

In a separate news release, the Governor’s Office said that allocation of the HUD funding was announced in a Jan. 7th federal notice for states and territories. The news release also says that American Samoa has never received CDBG-MIT funds before, and this would be its first time as a grantee.

“CDBG-MIT funds represent a unique and significant opportunity for American Samoa to carry out strategic and high-impact activities to mitigate disaster risks and reduce future losses,” it says.

Unlike the CDBG-DR funds, which have been awarded for hurricane-specific recovery, mitigation dollars can fund projects of a varying nature to serve the island’s most important mitigation needs, regardless of tie-back to a specific disaster.

ASG-DOC, which administers the CDBG program, will now go through the process to secure American Samoa's CDBG-MIT allocation.

According to the Governor’s Office, Lemanu is committed to securing these funds for the improvement of the Territory’s infrastructure and meeting the unmet needs of disaster victims.

In his Fono address, the governor said that priorities noted and passed in the Consolidated Appropriations Act 2021 include additional funds for Payroll Protection Program with the US Small Business Administration and lending institutions, education, unemployment, vaccine testing, mental health and health providers, aid to states and local governments, agriculture and farming and other services supporting the federal declared COVID-19 pandemic response and efforts.