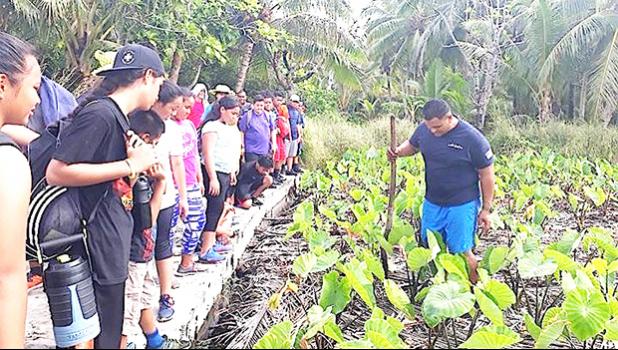 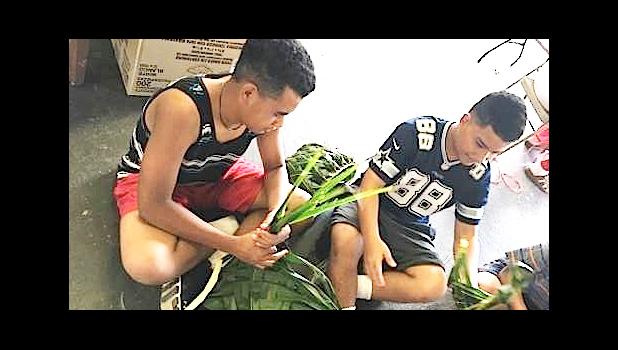 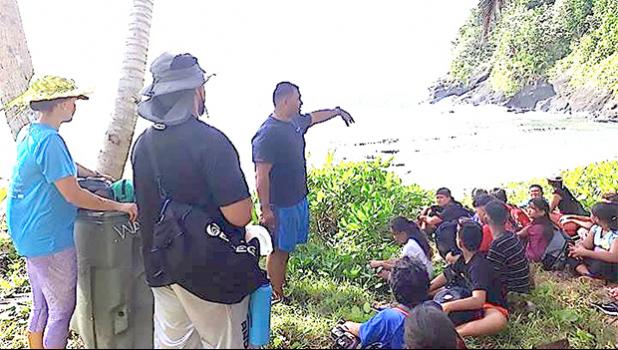 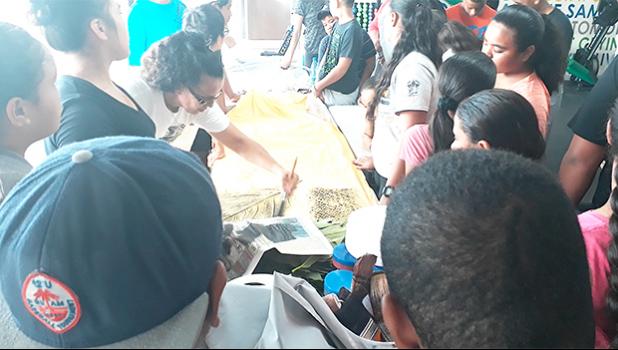 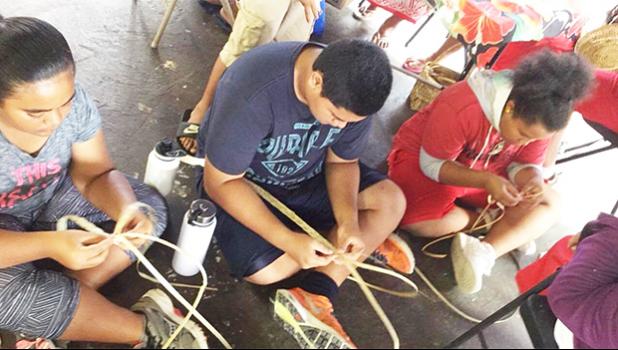 From exciting site visits to learning about traditional Samoan taro planting methods, the three dozen kids currently participating in the 2017 Summer F.I.T. Camp will be taking with them so much more than they expected.

FIT, which stands for "Functional. Interactive. Training" is a three-week summer camp being hosted by South Pacific Watersports, in collaboration with local partners including the National Marine Sanctuary of American Samoa (NMSAS), the Territorial Administration on Aging (TAOA), and local artists Master Tufuga Wilson and Reggie Meredith Fitiao.

Most of the kids came to the camp thinking they were only going to learn about ways to stay healthy, exercising, and eating right.

But other activities geared towards building self-confidence, caring for our coast, and crash courses in cultural arts have made the summer program a huge hit not only with the participants, but also their parents who say they can't wait for another program like this to be offered.

"It's been such an excellent experience for my kid," said one of the parents. "Thanks to the FIT camp, my daughter now enjoys exercising and she has developed an appreciation for the Samoan arts."

Earlier this month, in partnership with the folks at the Tauese P.F. Sunia Ocean Center, the FIT kids were able to see and tour Fogama'a, one of the sanctuary sites in the NMSAS system. They also got to travel by boat to Aunu'u where they visited various sites and learned about the importance of safeguarding traditional Samoan farming practices.

Peter Taliva'a, the boat captain for the NMSAS research vessel - RV Manuma - who also operates a tour business in Aunu'u, escorted the kids around the island.

The collaboration between SPW and NMSAS brings together the "land and ocean connection - healthy people, healthy ocean."

While in Aunu'u, the FIT participants were taken to a taufusi (a taro plantation on top of a wetland).

"I wanted to show the kids why we have the best taro in Aunu'u," Taliva'a told Samoa News yesterday afternoon.

"It's because the taro plantation is on a wetland, where the soil is moist," he continued.

(Aunu'u taro has always been labeled as 'the best' because of its texture and taste).

According to Taliva'a, a taufusi requires a whole lot of maintenance, as dried leaves are placed on top of the soil to prevent it from being exposed to direct sunlight.

"Compost adds to the richness of the soil," he said.

As the eager campers listened, Taliva'a explained - and demonstrated - traditional planting methods that were practiced in the past, and the steps being taken to continue those same practices today.

The campers were schooled on when to plant the taro, when to harvest, why taro is special, and why the ones from Aunu'u are the best.

FIT participants were able to visit the water wells and the tide pools, view the big crater "Vaisuatoto" and get a glimpse of the quicksand in Aunu'u.

They were also taken to a platform similar to a reef where they can get a view of Ofu, Manu'a. This is the site of the Sina and Tigilau legend, according to Taliva'a.

The tour culminated with Taliva'a and the kids celebrating over a feast of fresh food prepared in the 'umu.

As with the tour of Fogama'a, Taliva'a said the visit to Aunu'u was a way to share the sanctuary sites with the kids, talk to them about nature, and the importance of these things in our lives.

When contacted for comments, SPW's Paula Stevenson-McDonald said the FIT program aims to educate the youth not only on ways to live healthy, but the importance of taking care of our resources.

"We want the kids to know the consequences of marine debris, how it affects marine wildlife, and what they can do to help," she said.

The FIT camp concludes next week and Stevenson-McDonald is overwhelmed with the huge support she's received from local partners who have agreed to host the campers throughout the duration of the program.

A total of 37 young people are participating in the FIT camp and one of the things they are raving about, is the hands-on experience they got, working with the elderly at TAOA, as well as local artists Master Tufuga Wilson and Reggie Meredith-Fitiao who showed the kids how to 'elei using 'ulu leaves, fala, and potato stamps. In addition, the camp participants were able to learn about the different symbols, motifs, and their meanings.

The FIT program will say goodbye to their summer campers next week but one thing's for sure - the youngsters will go home happy and looking forward to what the next FIT camp has to offer.