Senate bill calls for the chemical castration of sexual offenders 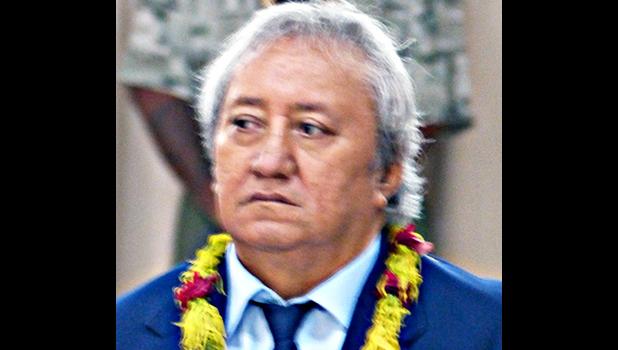 Guam and more than a handful of US states have already passed similar laws
By
Fili Sagapolutele
fili@samoanews.com

“Chemical castration is the use of medicine designed to reduce desire for sexual activity." It is "an ideal punishment for sex offenders,” according to the US Legal Inc. website, which also notes that, the procedure is “used as a measure for preventing rapists, child molesters, and other sex offenders from repeating their crimes.”

Preamble of the Senate bill, titled: “Chemical Castration for Sex Offenders Act”, points out that according to the National Sexual Violence Resource Center, one out of five women and 1 in 71 men across the U.S. will be raped at some point in their life. Additionally, one in four girls and one in six boys will be sexually abused before they turn 18 years old.

“Rape is the most under-reported crime; 63% of sexual assaults are not reported to the police.  Despite our laws, sexual offenses continue to be a scourge in our society,” it says.

The first was printed Feb. 2 and pertains to a 21-year-old foreign national who traveled to the territory on a 30-day entry permit, and engaged in two separate sexual relationships with two different minors.

The second story, dated Mar. 18th, had to do with a man charged with raping his 13-year old biological daughter, starting in 2016. The story notes that the victim reported the abuse to her mother who did not believe her.

Furthermore, the victim reported it to the school, which “did nothing, despite local mandatory reporting laws which require [local Education Department] officials to report abuse to the police,” the preamble continues.

It also notes that the Attorney General’s Office reported that 38 sex crimes were filed with their office in 2017; and 88 in 2018. And for every one case filed with the police and the AG’s Office, “there are many, many more cases that are never reported.”

“It is time for the territory to take a firm stand against sex offenders and require them to undergo chemical castration when they are convicted of a sexual offense,” the bill says. “It is vital we hold those who commit sexual crimes accountable for their actions."

According to the preamble, this bill “will send a clear message to perpetrators of this type of reprehensible behavior, that American Samoa will not tolerate this behavior and we will act swiftly and vigilantly to hold perpetrators responsible.”

According to the bill, the Department of Public Safety and the Territorial Correctional Facility is responsible for establishing a chemical castration - the Hormone Anti-Androgen Treatment - program for persons convicted of a sex crime who are eligible for, or sentenced to, parole or post-incarceration supervision.

The program’s purpose is to reduce the risk of reoffending after release on parole or post-prison supervision by providing each year, certain persons, convicted of sex crimes who are deemed medically appropriate for the program, with hormone or anti-androgen, such as medroxyprogestrerone acetate or its chemical equivalent, treatment, in addition to any other punishment prescribed for that offense or any other provision of law.

“Sex crimes” is an offense — as described under local law, ASCA 46.3600 — which carries a punishment of a Class C felony or higher. This includes any other offense under the law of another state or jurisdiction that is equivalent to an offense described in local law, the bill states.

Under the program, according to the bill, DPS/TCF shall - among other things - screen persons convicted of sex crimes who are eligible for release within six months on parole or post-incarceration supervision to determine their suitability for hormone or anti-androgen treatment upon release.

The screening involves a medical evaluation as well as a psychological or psychiatric evaluation.

The legislation calls for DPS/TCF to adopt rules to implement and enforce the program. Rules adopted shall include but are not limited to a requirement that the offender be informed of the effect of the treatment program, including any side effects that may result from it.

The bill also provides a provision of who is responsible for paying the cost of treatment. For example, a person required to undergo treatment shall pay or reimburse all costs of the program directly to the department, agency or organization administering the treatment program.

For foreign nationals, the bill says the sponsor is responsible for paying the bill.

If the bill becomes law, American Samoa will join the territory of Guam, which enacted in late 2015 its “Chemical Castration for Sex Offenders Act”, which has similar provisions as the local Senate bill.

However, a provision of the Guam law calls for the establishment of a pilot treatment program for convicted sex offenders and the pilot program ends 48-months after the date of implementation of the treatment program, according to a copy of the law available on public domains.

According to the National Conference of State Legislatures (NCSL), California became the first state to pass such a law in 1996, and since then, at least six other states have passed laws allowing it in some form: Florida, Georgia, Louisiana, Montana, Oregon, and Wisconsin.

Texas allows repeat sex offenders to voluntarily elect to be surgically castrated, according to a report by The Associate Press last year.